so I tried playing phantasy star online 1&2 on my wii through neogamma but it wouldn't start...it just frpze there with a black screen and no sound coming out.

I saw this video

I don't understand why it doesn't want to work.
the only difference between the things I see in the video and the things I did was that the guy in the video selected IOS236 when wadmanager asked him what IOS to use at the start screen,whereas I chose IOS 249.
actually wadmanager didn't show me IOS236 as a choice...just 249,250,251 and some others I think.

is that really so important?
I don't have any idea what these IOS things are supposed to be lol

how can I get phantasy star online 1&2 working on my wii? 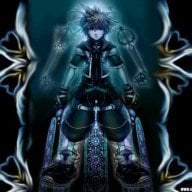 After watching this video and being interested in this as well. As far as that video goes, he states quite a few times how fickle trying to get this game working is, so to follow that video to try to get it to work properly you would most likely do everything he said to do, such as download the very specific files and load them with IOS236. You get these IOS's by a program such as "ciosinstaller" You just search it and it will probably come with an app folder and you put that right on the root of your SD card. Run it on your Homebrew screen then select to install ios236 and you should have it, it's been a while but I'm pretty sure that's how you do it. Hope that helped

But there has to be some way to get it to work with 2.10, so I'm going to dig a bit deeper and hopefully I can get it working!

Make sure NMM is off on your loaders , also nothing is in slot B use slot A only that should fix it for everything else sounds correct

hmm....I propably should have mentioned this but I'm trying to launch this via a backup DVD I made and not through usb or sd

also,is there a chance that installing dios mios will break other games?
because I'm trying to load a multigame gamecube DVD I made and while it shows me which games are available on the DVD,they end up in a black screen when I select one using neogamma.
all games worked great on it before I installed dios mios

ok so apparently,when dios mios is installed,it uninstalls cmios which is used to read gamecube backups.

so I uninstalled dios mios and installed the latest version of cmios and now all my gamecube backups work again!

but this means that phantasy star online can only be played through usb or sd? (since it uses dios mios which doesn't allow DVD reading)

@ kenenthk: Probably won't be that long until theirs 4k capable apus around $400 9 minutes ago
Chat 3