Hardware Pcrichard.com seems to have preorders 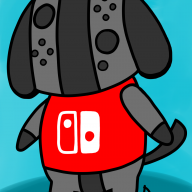 Just saw this posted on Reddit. Never heard of it but seems to be an east coast chain. 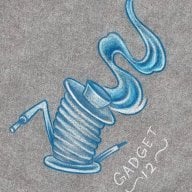 I really would like to pre order one through them, but I'm a little concerned that they have them available still and everyone else is sold out. Maybe i'm being paranoid. It wouldn't be that hard to make a fake website and take peoples money.

I used to be a tattoo artist in Vegas for quit a few years, and i could go on and on about how many scams I saw. We would get artists who were exceptional at their art, but came from small towns and were naive about any kind of scams. One day I came to the shop and relieved one of the artists. He had put in a 16 hour shift and was exhausted. We all would take public transit because it would cost a couple bills a day to park on the strip. Anyways he takes off and about ten minutes later he comes back in all excited and holding a box that looked like it came straight from the store with pictures of a nice laptop. Before I can say anything he tells me that he only paid $200 for it. I knew instantly that he had been scammed. I told him that he needed to run back to the bus stop as fast as he could and try to catch the guy. I knew it was too late though. He said "no, look. it's still shrink wrapped and everything. See, It's never been opened". He opened it up and it was full of the local newspaper. He instantly looked crushed. Not because he lost $200. We made that much in just the first hour of our shift. It was because he had been had.

He asked me if I would do him a favor and not tell the rest of the crew. I never did. I felt really fucking bad for him. It was a harsh lesson, and unfortunately it hardened him. It was good in that he made sure to never fall for that shit again, but it also kinda took away some of what made him a cool person. That city hardened everyone who moved there and worked on the strip. I myself was an easy going guy who would help anyone that was down. whether it was a hungry homeless guy, or a friend who needed help paying their rent. after a few years living there I had my CCW and kept my eye on everyone around me. We had been robbed a few times at the shop at gunpoint, and I had already come to terms with the fact that next time I was going to light up the next person to pull that shit.

Anyways, I know that story is way off topic, but I thought maybe it would give a couple of you guys a kinda funny, kinda sad story to start your day. As much as I want to buy a switch and the new Zelda game, I feel a little uncomfortable buying one from that website. I'm also worried about buying from an online store because I have done that before when the gamecube came out. I had paid for it in the store, toys r us. It ended up taking two weeks to get to me. It would have been faster to just go in on the release date and buying one.I have read from a couple different sources that on release date nintendo will also have 10 million more consoles that will be distributed to stores. I am hoping that I will be able to pick one up on the release date.
Reactions: xile6 and iAqua 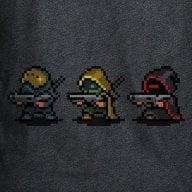 @6adget
I hear you on all that.
I wouldnt trust that site. I only go to well know places to get my stuff from.
And about the scam i seen people do this all the type. They use to be at the gas station trying to sell people stuff. There was a few things you hear about on the news. Where someone brought something and took it out reseal it and return it. Then the next person buys it and its fill with rocks or something. Now the second person is the one being look at for this crime.

And yea i got my switch from gamestop website i would hate if its not deliveryed in time. I preorder a game from there before (normally do everything in store but this one was online only ,collector edition) and i didnt get it till about 4 days after release.
Might have been my fault tho and i think i choice 2 day shipping. Which i believe it ship on release date and took 3 days after that to get to me.

But we will see what happens with the switch i believe most will be here on launch day. Id love to have it a day before.
Reactions: 6adget

Homebrew Question I can't seem to install anything over USB anymore

Hacking Switch Not Detected by any devices outside of charging

Homebrew Checkpoint crashes every time a cheat is used