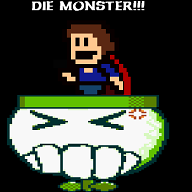 So as the title says, i was following the plailect tutorial for what would be the 17th 3DS i was doing. Everything was going fine i got OTP, did the hourglass 9 part and everything was fine 3DS booted correctly. Re-did setup for Luma 3DS and it booted correctly. I was up to the Section V on the part 5 (which is removing rednand) so i did shutdown the 3ds the usual power button way so i could backup the SD before the procedure.

Once i did my backup, i putted my sd card back into my 3ds to start the procedure and booted it again only to see the blue light from powering-on shutting down as soon as it lit up. So i rechecked my SD card making sure i didnt accidentally scrapped any necessary files and re-copied the backup. Putted it back, same thing. Deleted luma-3ds config, but still was not working. Then i putted back my SD card in my computer only to see that it was corrupted and i was not able to format it (tried windows utility, then EaseUsPartitionMaster) but none were successful. I tried another SD card since i had some few 4Go spares in my stuff, but i keep having the same issue. I followed the guide correctly as usual (with the only thing was that it was emunand instead of readnand, but everything was successful until i removed the SD card just after testing if the emunand was correctly wrote on sysnand like i wanted).

Would anyone be able to shed some light on this matter ?

**EDIT** Never mind people, somehow the arm9loaderhax.bin mysteriously deleted itself it would seems. Thread can be closed as i found my answer.
Last edited by androgynus, Jul 24, 2016

Nintendo 3DS Nov 24, 2022
inversalAutoDoc
I
I
Hardware Hacking Homebrew My N3DS XL 11.16 wont boot if I inserted my SDCARD. Blackscreen Only