So I'm having this irritating error whenever I try to open an app in the Homebrew Launcher. I didn't experience this error until I put the whole contents of the retroarch folder on my SD card.I could not open any app so I thought it was because there were too many apps (I couldn't find anyone with a similar problem) so I tried deleting the parts of retroarch that I wouldn't use brought down to 25 because I even deleted apps I no longer use. This was less than before I started. STILL not enough memory (out of a 32 gb card the SD card is using less than 500 mb)

Now I tried this because I was trying out an SNES emulator....it couldn't do state saves (I tried to use them but they just didn't work). Well anyway the only app that did work is the App store so I tried downloading a GBA emulator. It also worked and opened but the minute I tried to state save it froze the game . FML. I honestly hate this console. I've been trying to fix these and OTHER problems over the last 48 hours. I'm just tired of it. What do I do? I wanted to experience some retro games so I hooked up my Wii U. I haven't had much time for gaming recently but this thing is just sucking what little free time I have just trying to figure out how to fix problem a which leads to problem b. Can anyone help? I would appreciate it. Thank you.

Edit: Ok so I tried replacing the files (the apps) of retroarch with the nightlies and IsI get the not enough memory. So I'm totally lost on what I should do. Im still gonna keep trying but no idea what to do.
Last edited by smile72, Sep 21, 2020 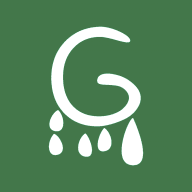 The memory is the RAM and isn't related to the space left on your SD card.
This error usually occurs with large exectuables that get loaded into memory.
Are you using retroarches .elf or .rpx files? You should use the .rpx files as they are smaller and have less memory limitations.
Reactions: jeannotte and Alexander1970

Z
Hacking Can transfer save state file from WiiU to Cemu emulator, but not vice versa

@ Ophelia_Later: cuz they hit like pellets 16 minutes ago
Chat 1