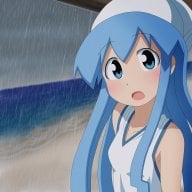 Why we can't just use a DNS to redirect all "nintendowifi.net" request to a different server in order to trick it into downloading an update in-between the latest version and the version it's currently running?
Last edited by lefthandsword, Jan 11, 2016

Yeah it is possible, @Ronhero has done it before and offer services to people who want to update to 9.2 without access to CFW (N3DS 8.1J users).

Basically set up your own private server, host the files, redirect the calls to it.

He even uploaded a video to show an update being done using this proccess.
Last edited by Tony_93, Jan 11, 2016
Reactions: Ronhero 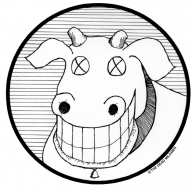 As of right now it's easier to Ota update to 10.3 and browserhax to menuhax booting directly to downgrade.

No software or server needed

Ronhero said:
As of right now it's easier to Ota update to 10.3 and browserhax to menuhax booting directly to downgrade.

I think he is talking about it in general, update to X firmware without it being the latest.

I tried to downgrade a system recently, it failed to launch the exploit most of the times and when it finally did... the app failed to read the updates properly . I'm sure the updates were the correct ones and undamaged, there is also sone people that got hard bricks and having them without a hardmode/backup already dumped in place your system is totally done...

I'm not exposing my 2 main 10.3 systems to this crap anymore, I'm sitting them in a corner until 10.3 CFW becomes a reallity or Gateway releases another great downgrade method as they have in the past.

I had the same problems you had with downgrading, just takes a lot of retires to get it to recognize the files. I also have hard mods on all mine but have done it successfully for others as well.

@ Ishzark: there is no color glitch in GBAtemp A moment ago
Chat 3