Homebrew None of my wii backups will play anymore 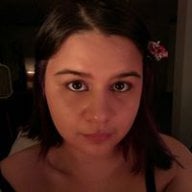 Hello. I have a wii that I've had modded for about five years now and never had any trouble with until recently. I started getting a 001 error with Rune Factory Frontier and I'm not exactly the most technical person, so I used mauifrog's "softmod any wii" guide to just try to get my wii in the most current best shape possible. It worked fine for a while, but after not playing for a few months, I'm finding I'm having trouble with game backups that have any sort of video or cutscene. (pretty much all of them.)

My wii is pretty old, i thought that might be a factor.It randomly unpaired all of my wii remotes while I was playing an N64 game on the virtual console not long ago. Now it's requiring me to watch the motion plus video again, so I can't play Skyward Sword. I thought that was the only issue until I realized that Mini Ninjas won't let me past the screen telling me I need a nunchuk, and Twilight Princess won't let me start a new file. If I go into a file that's already started, i can play only until I need to leave my house, it gets stuck right when I walk out the door.

I believe my system version is 4.3u and I just installed the d2x cios when I thought the motion plus video issue was an isolated problem. I'm also using an external hard drive instead of a thumb drive like I usually do. If there is anything else I need to tell you, let me know because I am really puzzled. 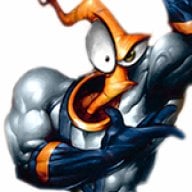 With such an old system a lot can go wrong. Is the correct time and date being displayed? If not, the internal battery might be bad, and swapping that out will fix your issues. It might only be for the system clock, but that's enough to break it.

Edit: Yea... that battery can be changed without opening your system and without a tri-wing screwdriver. I'd try that first. Small cross-tip screw by one of the front feet. And I just read that somebody actually just removed the battery and put the same one back in, and it seemed to fix something.
Last edited by urherenow, Jan 16, 2016

The time and date is fine, and everything else works fine except the disc drive, which gave out a long time ago, which is why i play from backups and virtual console.

Hi, thank you for all the help and consideration but I figured it out. It was the hard drive after all. I found the thumb drive I was using that had the exact same Skyward Sword ISO loaded on it and it worked perfectly. So far all the other ISOs i mentioned are testing to work too.

S
Hacking Homebrew app hi i have softhacked my wii but