Nintendo DSi Coming to the USA Next Spring 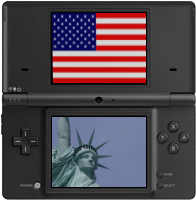 IGN, a popular gamer website (and a credible source of information) has leaked information about the release date of the Nintendo DSi in the US. According to IGN, the Nintendo DSi (Nintendo's new handheld gaming system) is set to be released in the United States of America in March of 2009!


IGN said:
There was a bit of news on the touch screen front during 2008, the biggest and most obvious being the announcement of the DSi, the second rehash of the DS. In addition to it being sleeker and brighter, it also includes a camera and an SD card slot. The system has already launched in Japan, and Nintendo of America has slated it for a March 2009 release.