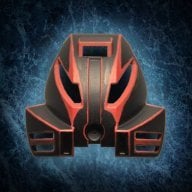 I've been raking the internet for a racing game that isn't some kart racer with weaponized vehicles and super unrealistic controls.
I've heard of a few, like Dirt 3, that supports single computer split screen multiplayer.
But those games will give the laptop a serious meltdown.
I've have tried with Split Second Velocity, but besides going a bit too much to the unrealistic side it gives major lag on splitscreen even on the lowest settings.
All Crash Time games only appear to support splitscreen if the second player has a plugged in controller, and not on the same keyboard.
I've also considered emulation of a console, but the laptop just isn't powerful enough to emulate anything beyond Play Station 1, and I really don't feel like staring at 17" of pixilated polygon eye-sores.

Now I found Need For Speed Carbon.
A game I can somehow max out on this crummy laptop without causing lag.
It also has, in the options menu, the ability to set controls and a second set of controls of wich I can only guess would be for a second player.
I read on the net that the game actually has Splitscreen multiplayer, and that that can be accessed via the "Quick Play" set up.
Sure enough, there is the option to switch from "solo", but only to "online", and I read there's supposed to be an option saying "splitscreen" too.

How do I get on to "splitscreen" multiplayer?
So far all the answers I found on the internet said the same; "its easy, just switch from "solo" to "splitscreen", and it seems to work for other.
But no matter what game mode I select, I only have the options "Solo" and "Online".

The answers you've seen were for the console versions of the games, NFS Carbon doesn't have a splitscreen mode on PC.

Tom Bombadildo said:
The answers you've seen were for the console versions of the games, NFS Carbon doesn't have a splitscreen mode on PC.
Click to expand...


Thats... strange; keyboards + controller was mentioned often enough (and why would anybody want to use a keyboard on a console? XD ).

Well, since its not possible, are there any other games similar and not too computer-demanding that I can play splitscreen on a single keyboard?
(Been googling for ages now...)

PC games in general have very few splitscreen games, you're not going to find very many, if any, at all.

Tom Bombadildo said:
PC games in general have very few splitscreen games, you're not going to find very many, if any, at all.
Click to expand... 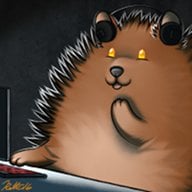 There are annoying amount of games which has splitscreen on console version, but it has been disabled for one reason or another on PC. Even though PC is more than capable of that it may come down to image that computer games are played on desk by yourself even if it's possible to simply plug in HDMI.

NFS:Carbon doesn't even seem to have LAN either so what I would say is to simply emulate gamecube or PS2 version. Just look up co-optimus or PCGW if searching for split-screen games as there are also some games that can be hacked to support splitscreen like Borderlands and Portal 2 before they patched it in.

Nevermind.
I already found a good racing game that supports 2 player splitscreen without being somekind of kartracer.
Its TOCA Race Driver 3.
Really great game (even now)! And can run full power on this computer.

W
Which second MOTION controller would be best for MK8 ?