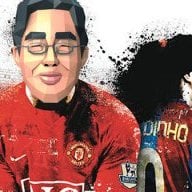 Hi, I've recently backed up my NBA Street V3 burned it onto a disc and inserted the disc into my Wii. Now the problem with this is that (using NeoGamma) when I launch the disc it takes a moment launching it then and error appears saying "Err (1208), Disc ID". I thought it was because the first time i used PowerISO to burn the ISO so i turned on my laptop and used IMGBurn to burn on a re-writable disc that also didn't work, i thought it might have been my backup loader so i inserted Bloody Roar (another back-up i did for Gamecube) and that worked like a charm, infact no first time i launched it, it got stuck on a black screen so i loaded it again and it worked. So I really do not know what the problem is. any ideas?
Also i have tried changing the iso's region to PAL from NTSC-U and tried booting the disc on region free. I am using DVD+R disc which i know i am meant to use DVD-R but i have done 3 gamecube games and none have failed using DVD+R of course
Details.

you answered it yourself, use a dvd-r. then report back if it doesn't work. you probably won't because it will.

is it only me with this problem then, cos i been lookin round google and nothing has been said:/

Hacking Help with "Pokemon Box" when ran as backup