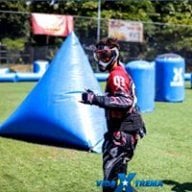 So is there a hack to modify Minish Cap to have better quality music? What other hack to improve quality of life does this game offer? Im playing it on PC.
K

Have you seen http://www.romhacking.net/?page=hac...e=20&order=&dir=&title=&author=&hacksearch=Go already?

Music hacks in general are not very common - usually every game uses its own means of storing and generating music, and reverse-engineering the code is a laborious process.

I haven't seen one and in most cases music hacks for non music games will be based on another version of the game (later port, home console version, more powerful device port, original version of the game if this is a later port) or maybe a CD it came with/was released later.

You can have the voices from wind waker if you want
http://www.romhacking.net/hacks/4560/
There is also another

Not so many hacks for this game in general though. Not entirely sure why -- other than the kinstones thing it was reasonably well liked I thought.
http://www.romhacking.net/?page=hac...e=20&order=&dir=&title=&author=&hacksearch=Go

Is the music that bad for you? Very little is anywhere near as iconic as other entries in the series (and even what remixes of that are present are still nothing to write home about) but I don't recall it being bad.
I had a quick scan around some tracks, some play and some top 10 lists of it too just in case I had forgotten. Bit more noise channel than I might go in for were I making it and some of those trended towards clipping but still nothing awful.
If you are on PC you can fiddle with many of the emulators to go beyond what the GBA sound setup offered and possibly boost some things.

Edit.
Forgot to say. Being on the GBA then while custom music is a thing a lot of games will use the sappy audio format. This allows some more easy fiddling than older devices if you do want to either custom replace or maybe remove a note you don't like.
Last edited by FAST6191, Oct 3, 2020

A
Hardware GBA which only runs GB games but not GBA games???

B
How to find music player information in weird nonstandard MP2K format?