Hardware Moving from a modded wii to a fresh wii u 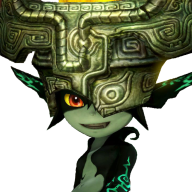 This is more so a preemptive search for info as I currently only have the wii which fell into my hands in a similar fate. My original wii's drive burned out, and my uncle still had a wii that was just collecting dust so he let us have it. I know he has a wii u but as far as I can tell they have shifted over to being a playstation household. Soooo.....I intend to pop up and ask them if I could have it since there not using it. Heck, they even have smash bros., how does a nintendo system with that game get neglected
I'm trying to look for info on how to handle the jump from my currently modded wii to a new wii u I will be getting soon. There aren't many issues I'm foreseeing with this but there are some. I know system transfer will only move certain titles, and as far as I know it's safe to assume that the homebrew channel and usbloader gx won't be transferred. What all may this entail transferring over that may be different from if I wasn't worried about keeping all my modded stuff?
Short hand: Will the shift over simply be:
1. Do wii to wii u system transfer
2. Set up homebrew again with the cios's and stuff
3. and reinstall the custom menu apps?

Any downside to a (J) Wii U, once modded? More trouble to mod?

Hardware Hacking Homebrew Misc How to restore my Wii U's homebrew, after deleting all files on SD Card

Help how can I unbrick my wii u whose memory (eMMC) is empty?

@ Z-BOI: anyone wanna be friends on ancf also know as animal crossing city folk i've got wiimmfi and if... 9 minutes ago
Chat 1