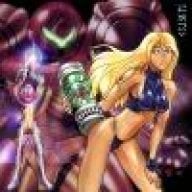 3.1 is out mods please delete this

This seems to look a lot like the Moonshell that's builtin to M3Sakura. Good to see that it is being released seperatly.

But the one you have seems to be missing certain skin components like the images for the controls used while viewing videos. Right now instead of a play button, I get a empty box with a file name in it.

I'm sure the images from the non english version would work just as well since they are just symbols...

what the differnce of this moshell and the other

Well, it's better in my opinion. The controls for playing videos are now full screen and all those Windows are finally gone. It runs very similer to the Sakura firmware. Givin that Moonlight wrote the Sakura version, it's not surprising to see the next version of Moonshell work in the same way.

The main difference between this and the Sakura version is the simpler system folder (different name as well), and that it doesn't load roms the same way.

I also found out that the skin for the video player is incomplete at the moment. But a future update will fix that. I've also heard that this plays videos better then Moonshell 1.7. Its v2.0 after all. Expect better video quality as this gets the finishing touches. 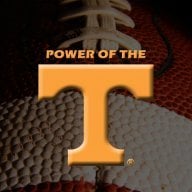 Hey guys! I guess this would be an appropriate place to post my questions since this deal with Moonshell. I have gotten the Acekard 2.1 flashcart today. I have tried to install different versions of Moonshell to my OEM MicroSD(8GB) card without success. Each time I try to run the program I get errors. The bottom DS screen with the error lines about having the moonshell folder moved/deleted & the top screen about trying to read folder.

I haven't tried this version posted but have tried the one from the Acekard website & ones for download here on the forums. We are supposed to place the entire Moonshell folder onto the root of the MicroSD card, right? I tried the entire folders as well as just the .nds files but can't get Moonshell to work. Anything I'm doing worng or need to correct? I'll give this new one a go in the meantime. Thanks!

I got it working. I had to use version 1.71 that comes with DPGTools. I couldn't get this newer version to work with my Acekard 2.1 though. Thanks!

@ KenniesNewName: So does the S logo Google has stand for shut down 24 minutes ago
Chat 1