Looking for an old PC racing game I can't remember.

OP
I own it on CD though it's somewhere else and can't get to it so hopefully someone here knows it by its description.

The game was released during the Windows XP era, it featured attractive women, American states as its racing stages, and American-made cars. I've checked Abandonware to see if it was there but nope.

What type of cars?
S

Pleng said:
What type of cars?
Click to expand...

OP
Found it a few days ago after browsing pages and pages on Amazon. 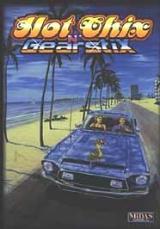 (repost from elsewhere) looking for a video game I can't remember

D
Gaming I discovered something I hate about PC gaming

D
Game came out in May 2020 and it had lockdowns, anti-police messages and people wearing masks

@ kenenthk: Have you tried squid games based on your skills 43 minutes ago
Chat 0