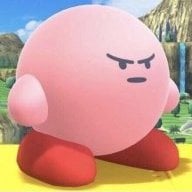 I know this isn't about PS3 but i am going to put it here anyway.

So how can I install games on my PSX?

It was in like in august when I looking on the "Icelandic" ebay and looking for PS3 to buy.
When I searching i found one guy selling an PSX with some few games. I checked it and it says that he had installed 10 games into the system. I was like "What? How is this possible?". I tried to search online how to do it but didn't find any answers.

If some of you that knows how to do it then it would great. Also I will not be disappointed if it's not possible.

Marco_Buns said:
I know this isn't about PS3 but i am going to put it here anyway.

So how can I install games on my PSX?
Click to expand...

You mean the PSX (PSone) or the japanse PSX aka overpriced PS2 + PVR?
Reactions: cvskid

Then what section does this question belong to?
D

Marco_Buns said:
Then what section does this question belong to?
Click to expand...

Other Consoles section has a PS1 section.

DaFixer said:
You mean the PSX (PSone) or the japanse PSX aka overpriced PS2 + PVR?
Click to expand...


Voxel Studios said:
Other Consoles section has a PS1 section.
Click to expand...

Ok, thanks. I didn't know that

Ha the PSX (the first Playstation)
But that is not true that can install games into a PSX.
Becase there is no HDD to store the games,but there is A device that plug into exp. port and then you can play games of a SD card.

The only way, currently, that is possible is if the particular seller managed to get his hands on the (currently) unreleased PSIO mod chip that lets you play PS1 backups from an SD card.

Since it's been in beta and only sent to few people, it's highly unlikely this thing has any "pre-installed" anything on it. It's either a scam, or he's got a mod chip and by "pre-installed" he means the modchip was installed and you can just burn and pop in games.


EDIT: I also moved the thread to the right section. Do a little more research next time.

DaFixer said:
You mean the PSX (PSone) or the japanse PSX aka overpriced PS2 + PVR?
Click to expand...

In my country the old Playstation was also called PSX thill the PSone came out.
PSX was the codename of the Playstation. 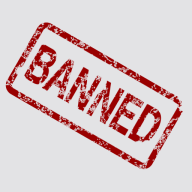 I firmly believe that Sony called that DVR PS2 thing the PSX solely to piss off its own fanbase.
Reactions: EclipseSin

It would be interesting to find out who popularized a name so thoroughly contradicted by its Japanese launch.
Is there even reasonably formal material (interviews, advertisements, etc) since December 1994 referring to the PS1 as "PSX"?

Lumstar said:
It would be interesting to find out who popularized a name so thoroughly contradicted by its Japanese launch.
Is there even reasonably formal material (interviews, advertisements, etc) since December 1994 referring to the PS1 as "PSX"?
Click to expand...

The entire article is worth a read though, that much is for sure.

" Steve Race, a long-time executive for such companies as Sega, Nintendo and Atari, hired many ex-Sega employees for SCEA. “They went by the handbook of the old Sega business,” says Deering. “They limited the number of thirdparty releases, drove hard bargains – there were a lot of rough edges in treatment of thirdparties and had even been rough in approving products by Konami and Namco.” Race also played rough, as Harrison recollects: “At the Alexis Park Hotel in January 1995, where Sega held their CES party, Steve Race organised for every napkin to be printed with ‘PSX welcomes Sega to CES’! That was a fun moment, because these napkins were everywhere. [Sega Of America head] Tom Kalinske went totally nuts and demanded that all the napkins were purged from the hotel, quite reasonably so, but legend has it that later on in the party he was handed a beer with one of these napkins around it, and he exploded.”

A larger sticking point, however, was PlayStation branding. SCEA hated the name and wanted to change it to PSX, a contraction of the project’s codename. “This was actually a huge internal battle, to the point where there was research done among consumer groups,” says Harrison, who, having seen various youth groups reacting badly to the name PlayStation, had his own fears about it. “I remember thinking, ‘Oh my God, the name is bombing and everyone is going to hate it’. I shared the information with Tokunaka-san, and he said, ‘Oh, that’s nothing, you should have heard what people said about Walkman’. And that pretty much ended the debate.” In Europe, at least: the US nevertheless went ahead with early trade promotion, calling it PSX, and had even come up with its own mascot, Polygon Man. "

Other Platforms & Oldies May 21, 2021
DarthMotzkus