ROM Hack Insert in a .sav an Action Replay Codes 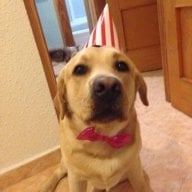 I try to transfer a .sav from No$GBA DS emulator to my real DS, so, of course, this .sav in emulator has a lot of Action Replay codes activated but, when I tranfer this .sav this codes doesn't work.

Is there exists a method to insert this codes into the .sav and use it on a DS or another emulator?

In game saves take select pieces of data from RAM (contents of your inventory are good, location in the world probably less useful if you are going to start the level from scratch when you come back) and store it to restore later.

To that end only those codes which change things the game stores, so presumably inventory, high score tables, character stats and the like, will be reflected in this save game. Things like infinite health, ammo, and moon jump will tend not to be stored in the save unless they are unlocks the game has or very odd conditions.

When you say the save does not work do you mean it does not load at all (in which case you probably want the export options rather than copying the save file, for no$gba you might also have to turn off compression) or do you mean just the cheats?

Two approaches at this point, maybe three depending upon how some things work.

1) You make some kind of save exploit to in turn fire some codes into RAM (or edit the binary in RAM if that is easier). I have not seen this done for the DS before, nor in general actually -- mostly just a means to load a new exploit. It would however work.

2) You hardpatch a cheat into the ROM with https://gbatemp.net/threads/ds-auto-trainer-maker-dsatm.80540/ or do a manual hack doing much the same thing and run that in your other emulator (I presume this is for something like an android* based emulator that does not have cheat support) or a flash cart. Not going to do much for a real cart running on real hardware, though there are some choices here http://www.chishm.com/NitroHax/index.html

*if it is a bad android emulator without even cheat support then if you can cheat on the android program (or whatever platform it is) then you can find where the DS' internal memory is in the program and instead cheat via that. This is usually how things like emuhaste, artmoney, cheat engine and whatever else make cheats when on the PC but running games in emulators.

3) Alluded to above. The DS keeps the binary (which is to say the code the CPU runs) in memory when it is running so you can edit this. Some cheats will target this or you can remake them to target it (does not really matter if you hold the lives value at 999, change the thing that subtracts a life when you die to instead add one, or disable the thing that checks to see if you have run out of them and tell you game over accordingly). You would still need a hardpatch or a means of loading cheats though. Can however be easier for some aspects.

A lot of useful info indeed. Thanks!

ROM Hack How to import .sav files from nintendo DS to emulator?

Need help to extract the .sav file from a .esv created by EZ Flash Omega

@ Psionic Roshambo: I mean they would still work via local streaming if I was to have them installed but they used... 3 minutes ago
Chat 1