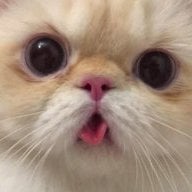 I can't seem to get Luma's layeredFS to work, i've gone through some threads and most of them say to be careful with file naming and where you put your files, but I don't know exactly how i'm supposed to organize those. Right now i'm running the latest version of luma, and im putting my files in luma/titles/(ID of my animal crossing game). Before, I had another folder after the TID folder called "romfs" but that didn't seem to work so I changed it. The problem, I think, might have to do with the fact that I'm playing with the amiibo update, so I have two TID's and I don't know which one to use. Right now I have two folders, one for the basegame acnl TID and the update's TID. When I extracted the .cia and everything, doing it to the updated title only gave me the stuff from the update. I'm trying to change the texture of one of the villagers to a custom that I'm making, so I only have 1 file to change at the moment (until I change the script). 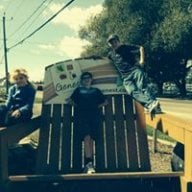 Luma/titles/titleid/romfs/[modded files]
Be careful yes with the naming, like if there is a typo in the titleID or in one of the modded files

Use only the game files, updates files are useless
Also you need to check « enable game patching » in the luma configuration menu
Reactions: ConKonner

Is this right? 0004000000083600 is the TID for animal crossing new leaf, i have another folder for the updated version's TID with the same modified file (cat16.bcres) in it. This isn't working for some reason, but if it looks right then I probably messed something up with the save or the file itself.

EDIT: I checked out the file and everything looks good, and the villager whose textures i'm trying to replace is in my town. I tried renaming the updated title's TID folder from the luma folder so that it would only read the base-game TID, then vice-versa, and still nothing. :^(

If anyone has any idea what could be going on, please reply.
Last edited by Convivencia, Sep 5, 2018

Actually, does layeredFS work with eshop games? I have a cartridge version I could try, but I'd have to transfer my save over.

Nope, officially out of ideas. Again, if anyone has any advice, please reply.

Just got it to work! Had to use the full path, in my case it was Luma/titles/TID/romfs/Npc/normal/model, with the file in the model folder.