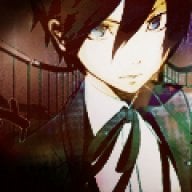 I've had my Wii soft modded for awhile now and I've never had any problems till now. This started happening to me yesterday when I took my Wii to a friends house. I tried playing a couple of games using usb loader gx and they would all eventually mess up. The sound would cut off at first and then the remotes would stop working completely and then it would just freeze. I have no idea what the problem could be. At first I thought it was because of this new update I made. The update came with a new demo disc for Monster Hunter. I updated it and everything seemed to be fine. The homebrew channel was still there and usb loader gx still seemed to work so I didnt think the update did anything.

Just to be safe, I recovered my wii using bootmii, which I'm guessing would make it so that update never happened, and the problem is still happening. I even reformated my hardrive to see if that was the problem and nothing, the problem still persists. Anyone ever have any of these sort of problems? I've ran out of ideas..
V

your wii might've been damaged because of transportation.

i would try using cfg usb loader's external ehc module to use the alternate (top) usb port... this will fix ur wii only if ur problem was a damaged usb port0 (which has happened to people in the past, which is why that external ehc module exists in the first place)

You guys think a messed up usb port would make it do that? I'll try that loader out then.

to be honest I have no idea... its a weird problem to be having... and i never heard what symptoms bad usb ports have (I just assumed they didn't work at all, but yours seems to be at least partially working)

anyways, try using the other port, if it doesn't fix ur problem, we'll scratch our heads some more until we figure it out (or die trying)

lol Thanks. :] Gonna try out the loader now.

Anyone mind explaining how to get CFG Loader to load from the other usb port?

Well, I tried something else out on the usb port (Ethernet Adapter) and it seems to work just fine. No idea what the problem could be "/

I tried out my Metroid Prime Trilogy original disc and everything seems to work fine. So confused. Maybe I should try a disc loader.
H

Hi there, can anyone provide me with some information on how to use the other usb port with cfg loader?
I cant find any information on this except this thread...

@ PeeJay Bonobo: So I guess it counts the active people in the chat. +1 19 minutes ago
Chat 3