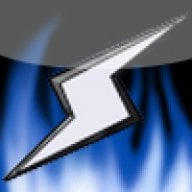 my Modchip is broke, so I know have to play all burned backups with a Backup Launcher, Wii games seem to work fine but GC games won't load. The Wii loads the disc, than the Launcher starts the game but than I get a green screen and the Wii restars.

Hope you guys can tell me what the hack I am doing wrong.

Do you have a patched MIOS? There are two flavors: Waninkoko's (Direct download link) and WiiGator's.

That was the problem, forgot to install it. :-*

@ M4x1mumReZ: I dont think a candle is ever going to work on there. 20 minutes ago
Chat 1