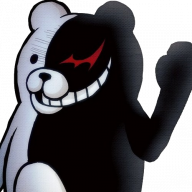 So I just got my ez flash 3in1. First I had trouble putting the pack in but got it in by holding the ds by the sides with my thumbs and pushing it slightly up and then down with my index fingers. How come when I try to load the slot 2 device, it's not found? I can change the ez flash 3in1 settings in the 3in1 menu in akaio. I'm trying gba exploader 0.5 final and it's on FAT initialize. How long does this take? It gives me the impression that it froze on me.

Edit: Got it to work, I had to put it into a different directory and not the root.

..and now another problem. How do I get pokemon emerald to work? The first time I tried to run it, I just got two white screens. Now, when I select to run it, exploader freezes. Same white screens for ruby.

Edit 2: I can play gba roms from the akaio firmware. Is there a RTC fix for emerald?
M

Too many things going on and not enough info. First, the 3in1. Think of it as a fresh-off-the-press CD-R. It's blank and has no format. Once you burn it, it has files and you can run/play it. If you put it straightway into a CD player, you'll get error messages. Same with the 3in1 and AKAIO. Eventhough its in the slot2, it has no format. AKAIO will let you blank a blank cart. When you run a gba game through AKAIO, AKAIO will "format" the 3in1, and boot up the gba game. When you restart your DS, AKAIO will then copy your save back to your SD. GBA Exploder (I think there is a 0.58b) will write the gba game to the "permanent" portion of your 3in1 and once you reboot, the DS will think there is a real GBA game in slot2.

I'm able to play emerald without using gba exploder by just using AKAIO. I still get the "dry battery" message that will not let me do time based activities.

Edit: if you do use GBA Exploder, copy/load the game into NOR. You'll need to back up your save file on a regular basis since if you wipe out the 3in1, you'll erase your gamesave too.

A
Hacking EZ-Flash Omega RTC not recognised in games