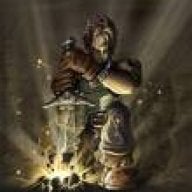 Location
Off to eat a beaver

I have one question. I have had 10 different major interests in my life around video games and i am just wondering, is it normal for me to rotate between them, losing interest in them because i have played them so may times it just becomes boring and repetitive, only to come back to them a couple of months later after i have lost interest in something else?

to give you an example, this is what i went through last year:

assuming that you play assassin's creed, repetition is a common complaint.

just play something that actually interests you. if a game actually engages you, you don't necessarily lose interest prematurely.
Q

Location
Somewhere in the World.

then after you'll get a strong urge to play

I hardly play video games anymore, especially for the Nintendo DS. Excluding a week or so ago, I hadn't played my DS in six months. I play Mario Kart Wii every now and then, but not much.
X

I haven't touched my 360 since November. I just got my R4 back a week ago, but I've lost interest in it.

@ Psionic Roshambo: I just need to win the lottery so I can sleep for like 2-3 months then spend it all lol +1 31 minutes ago
Chat 0