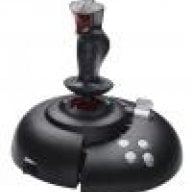 I dump my nand from USB Loader GX 3.0 with d2x8 Final IOSs on an 8Gb SD card and everything went well. I then had some games on was format on a USB drive and tried to installed them to the Emulated nand from USB loader GX featured section as well. I received the error that it could not read content.

The nand is saved in the SD:\nand folder like the default path says. The wads I tried are good due that I have used them in the past. What I'm I doing wrong? Does anyone have a good tutorial that I can use to replicate my nand and use it successfully to install wads to it.

I've tried the same thing with USB Loader GX 3.0 and initially got the same error. I found the problem resides in the settings. For the games on your emunand that you want to play, go to the settings and where it says 'Nand Emulation' change it to 'Full'. You could change the global option if you want, but then all your games will read/save their saves to/from your emulated nand.

I still cannot install any WADs. Is there any requirements on the type of fomatting the SD or the USB stick needs to be in order to install the was to the recently dumped emulated nand?