Homebrew Difference between the two sysUpdaters

There is one from tuxSH that was the old one (not used anymore) and the new one from TuxSH (the new safer one). Also, there is the one Julian20 compiled with another library...

Can someone explain the differences between those two versions (latest TuxSH and Julian20)?
C

ChaosRipple said:
There was an updated version of the sysupdater (created by steveice10 and released by julian20) about 2 days ago. That version of the sysupdater does the following things:
Those are all a bunch of safety measures that will lower the chances of your system bricking. By removing the title right before it updates, you are sure to still have every other title on your system since either they weren't removed (yet) or they have already been installed. Updating safe mode on your system first allows you to still run your system and re-attempt to downgrade if there is a crash during this step. Updating the system titles afterwards will allow you to boot into safe mode (since it's already updated) if there is a crash during this step. Updating the Native Firm last makes sure everything else is downgraded before the Native Firm, lowering the chances the system won't turn on.

From the looks of it, these measures already prevent a hard brick and if anything happens, it is more than likely a soft brick. Now, I can't guarantee any hard bricks may not happen because who knows what can happen (such as downloading O3DS CIAs instead of N3DS CIAs and vice versa). Just know that if you attempt to downgrade, it is your choice, your responsibility and your fault if your system is no longer working after downgrading.

Also, one main thing most people don't know is that booting into safe/recovery mode is a bit difficult. If you turn on the 3DS and then press L + R + Dpad Up + A buttons all together, it will more than likely not work because it would require precise timing (from my experience at least). Therefore, it is suggested that you are already holding these four buttons before turning on the 3DS to ensure you will get into recovery mode. Good luck on your decision!

EDIT:
One more thing people don't realize is that if Nintendo releases any update, you will only have one attempt at downgrading your system. If that one attempt succeeds, you are good to go but if that attempt fails and you are soft-bricked, you will be forced to update to the latest and probably patched version and therefore, will be unable to downgrade your system.
Click to expand...

TuxSH's version completely uninstalls everything on your 3DS before installing all the CIAs. Therefore, any crash would pretty much guarantee a brick.
Last edited by ChaosRipple, Jan 6, 2016 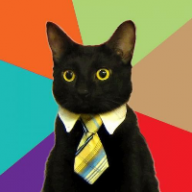 As TuxSH said, use julian20's latest build. He removed his sysUpdater GitHub repo because his builds weren't the latest ones.

L
Hacking How do I change an NDS file's attributes to be "archived?"

@ KennieDaMeanie: Not all sites have to hate each other 6 minutes ago
Chat 2