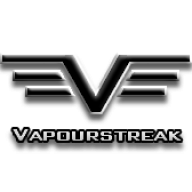 heyy i`m in science right now . my project is about visible electromagnet spectrums , and my section is how to detect it . any answers : DD ? i got eyes , photographic cells , and photocells so far . i need explanations and stuff too DD: .

Spectrum in order of increasing frequency:
radio, microwaves, infrared, visible, ultraviolet, xray, gamma
xray and gamma do overlap but gamma has the distinction of having to come from radioactive decay.

I do not know how far you need to take the physics but light can behave as both a wave and particle. Particles are called photons and it is considered that two will never strike the same place, that is to say whatever energy the photon has is the only energy a section is going to get.
The equation for energy of a photon is E =hf where h = Planck's constant and f is the frequency of light. More here:
http://hyperphysics.phy-astr.gsu.edu/HBASE/mod2.html#c3

It is therefore quite easy to get things to ignore radio through infrared by choosing the right chemicals (the word you are looking for is work function if you want to release an electron or at least promote it to a higher energy level, go back to the top of the page on the link above).

I was going to write a list, but it seems someone beat me to it here http://en.wikipedia.org/wiki/Photo_cell

and LDRs (photoresistors) are not the opposite of a LED, that would be a photodiode

, interestingly you can actually use a LED as a light detector http://en.wikipedia.org/wiki/LEDs_as_Photo...e_Light_Sensors

Warning about using Shopify for your online store.

Nintendo Wii Nov 20, 2022
alextp7
A
L
What accessibility for games on μSD depending on whether sysnand or emunand?