I've done trainers on the PC using SoftICE/Ode/TSearch but I have no idea how to train DS games.

Any places to start? Mainly, I want to train Nanostray since I love the game, but I suck at the genre.

DS trainers require a nice bit of skill and patience especially as emulation is not up to anything really (3D games especially, nanostray was probably the first 3D intensive game for the DS too), hardware side debugging is available but not so conductive to doing much.

You could get lucky and have a bunch of values and stuff already contained and fairly readable in the rom (DS roms can be broken down into their constituent files which are more often than not given nice names, see ripping and enhancements link in my signature for more on this, some of the files even use plain ASCII for text (this is the only reason I was able to sort out a translation of NSMB)), this is more likely to result in a hacked rom though as you will still have to create a frontend (something I have precisely no idea how to set about).

The other way is to have extensive knowledge of ARM7 and ARM9 ASM, which I am afraid I can not help you with.

2 final things, have a long hard look at the trainers already made and see if you can reverse engineer something from them (the trainered ROMs I have looked at so far are still able to be disassembled via NDSTS and NDSTool while they have the trainers applied, I am sure a fair few people would be grateful if you managed to get the trainer working on another regions release).

It may not give as much of a rockstar buzz when you have done it but there are loads of GBA trainers to look at, loads of decent emulators with great features when it comes to hacking roms and above all there is some documentation in trainer making: http://www.retrocovers.com/advanscene/html/tool.php

QUOTE(TheVirus @ Jul 2 2006 said:
Mainly, I want to train Nanostray since I love the game, but I suck at the genre.
Click to expand...

just play the game until you're good at it...
it's definately one of the easier shooters around

I pulled apart nanostray with NDSTool and the levels seem to not be compressed and refer to the enemies using plain ASCII so you might be able to tweak some things using a hex editor.
I have a bunch of stuff to do today so I will not be able to do anything until this evening at the earliest, not to mention I also have just started looking at NSMB euro version (anyone want to help out with a Dutch (or any other language you can use plain ASCII for) translation by the way?) so I am probably not going to be of much help.

Edit
Unrelated I know but I just noticed that some of the last hex numbers in the extended set appear to be used for non-English characters like ç and é in the NSMB euro data files.
T 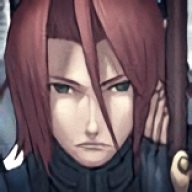 QUOTE(TheVirus @ Jul 31 2006 said:
I'm still interested in making trainers if anyone has any tutorials or links or anything

Have you looked at Project DipStar?
http://forum.gbadev.org/viewtopic.php?t=8662
It won't let you make your own DS trainer, but it would allow you to use codes that do the same thing. The hacking software that comes with it only works with iDeaS and DeSmuME though, so you're sort of screwed if you want it to be easy. The author has a DS disassembler on his site and a few tutorials, but they're all Japanese so you'd need to use a web translator on them.

Another option would be Datel's "Trainer toolkit." Once again, you'd still need to write the trainer software yourself, but their hardware should allow debugging of a game as it's running on a real DS, which would help you find the memory you need to modify. Unfortunately they're not selling it yet.
http://us.codejunkies.com/news_reviews.asp...=17&i=9027&s=24

Not sure if either of these help, but there aren't really very many resources for what you want at this point.
I

if you make a trainer, let it be like the animal crossing one where you can write to the NDS cart! The metroid Hunters one i found only works on ROMS i think

B
Homebrew Emulator ScummVm on DS