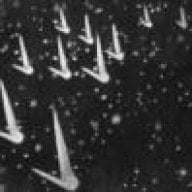 can one change the language of a PSOne Classics download? I'm from Germany so the only language option Sony gave me for my PSN account was german. I'm pretty new to the PSN/PSP club so I was a bit angry when Vagrant Story I bought with the 50% coupon that was in the Tactics Ogre box was in german. I prefer the english versions of games because the german translations are almost always inferior and sometimes are stupid gibberish. Especially older ones like PS1 games.
I didn't see any options to change the language of the download. I hope there is one, or else I'll have to pirate the games to get a language version I'm comfortable with. I knew that Sony is pretty stupid sometimes, but I didn't think the were as stupid with their PAL PSOne classics as Nintendo with their PAL Virtual Console.

Does changing the system language do anything?

No, my system language is already set to english.
As far as I can tell the PAL releases of Vagrant Story were a bunch of single language releases.