Is anyone else losing interest simply because of all the delays?

Yeah checked the official website and its says June 16th.

Anyone remember the 07 Commando game? Everyone got hyped up over it (me included), it got delayed year after year and when it came out it was a bit meh. C.O.R.E. will be the new 07 Commando.
S

@ this point I am expecting CORE to get released the same day Duke Nukem Forever does.....

I don't see why you'd want to buy it.

thank god i never ever had interest in black sigil and core
if not gbatemp i would never know this game! furthermore, this game is not on my list at all

the reason they are giving is all marketing related ; )
they are trying to get into the best position to boost the sales

i don't see any wrong with that
but this shows that they have no confidence with their own product.....
is a shame for sure 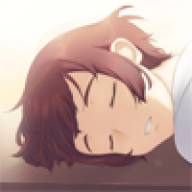 I ignore any of their ratings, they have scored a lot of great games wrongly.
W

I have been looking forward to this game since last year because of the fast paced action. Now I've lost hope and the fact that it does not even feature Wi-Fi puts me off even more. Whats the point of playing a fast paced FPS without Wi-Fi?
B

gamespot says the 22nd of june

No matter when it suppose to release, hope they better release it on this summer

I think all the excuses they've made for pushing the game back is BS. Why can't the game come out right now? It's not like any blockbuster titles have been released lately. There's something fishy going on.

And when it does finally release, will it be like many games have been recently, where it "says" it's released, but stores still haven't gotten any in? For example, Puzzle Kingdoms, Night at the Museum......they said "usually ships in 24 hours" at Lamestop for nearly a week now, but no stores in a 100 mile radius of me has either of them. WTF is that?

There's something fishy going on.

I ignore any of their ratings, they have scored a lot of great games wrongly.
Click to expand...

+1 I don't trust reviews from known sites or magazines cause they tend to be biased on games and they don't know what they're talking about.

FFCC: EoT was fun and only got 6.5 from NP and gamespot. C.O.R.E. looks good and you'll never know till you try. Never trust reviewers.

I had been looking forward to this game for some time but with so many delays it has to be a bad sign. My guess is something had been lacking or wrong with the game & it’s just now coming out of beta.

@ Veho: With a little help from VIagra, but yes. 2 minutes ago
Chat 3