Hey, so I was installing a wad and it gave me an error, so I returned to the system menu and the system froze.
Now. every time I start the system, after the health and safety warning the menu music starts for about a second, stops
and the menu never comes up. I had installed bootmii and the hbc and backed up the nand, but don't remember if I
installed bootmii as boot2 or ios, and never installed preloader. Is there a way I can revive my system? 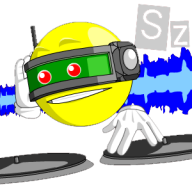 Sounds like you have a banner brick, which results when you install a wad with a bad banner or interrupt a wad install. Those usually aren't too serious, assuming you have Boot2 Bootmii or Preloader, but it sounds like you might not.

Prepare a Bootmii card (if you still have the files on your computer), start the Wii, and see if Bootmii comes up first. If it does, awesome, boot into Homebrew Channel and use AnyTitle Deleter or Wad Manager to remove the channel.

If not, the next thing to try is Maintenance Mode. At the Health screen, press and hold + and - while pressing the A button. In Maintenance Mode you should be able to start the Homebrew Channel.

If that doesn't work, you can use SaveMiiFrii. You can:
1. Burn an auto-booting disc of WAD Manager, or
2. grab a hackable game (Twilight Princess for pre-4.0, Lego Indiana Jones, Smash Bros)
With one of the above, plug an official GCN controller into slot 4 and hold down all four directions of the D-Pad while you power the Wii on (it is doable by pressing the center of the D-pad, but it's easier if you disassemble the controller). This will autoboot the disc - either a burned Wad Manager disc, or a hackable game from which you can use Twilight Hack or whatnot to run the Wad Manager boot.dol from the root of your SD card.

If you get your Wii working, FOR GOD'S SAKE INSTALL SOME BOOT PROTECTION.

Thanks for the reply, Szalkow... I tried what you told me without success, but all is well, because in my "Oh shit, I bricked my Wii!!" panic I forgot that, since I had bought the system only a couple of weeks ago, I still had the store warranty. So I went there, a couple of the employees looked at it, and one of them told me that this sort of thing happens when people try to mod their console and asked me if I tried something like that, and I was like

"What?!? That sort of thing can be done?!?"... Ok, maybe I didn't say that, I pretty much said that I was just upgrading to 4.2 and the system died on me, but the guy was still suspicious and told me he was gonna give me another system, but if next time I brought it over there "in the same condition" I wasn't going to be so lucky.

Soooo, that brings me to your advice on boot protection

. I went ahead and installed bootmii (it didn't let me install as boot2, probably because it's a newer console) so I guess it's preloader then. Any advice on that?

Install Preloader 0.29/0.30, and you have brick protection: you can launch Preloader on the Wii startup in order to change settings or skip to the Homebrew Channel, among other things, allowing you to avoid or fix banner bricks and other non-major issues. It will never be as good as BootMii boot2, because Preloader is part of the system menu and thus will break if you install a new system menu or system menu IOS. Just don't muck around with the key IOSes and you should never have a problem.

@ ZeroT21: went there once, disneyland just ain't for me 5 minutes ago
Chat 0