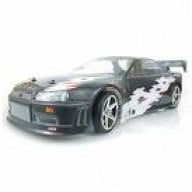 I've been following the gamma loader tutorial on my wii. I successfully added the homebrew channel and all the other steps in the tutorial and ended up with the backup channel working correctly - my backup game loaded with no problems.

I then repeated the proceedure on my friends wii last night. Everything seemed okay and i have done everything in the tutorial and have the backup launcher on his main menu.

When i run backup launcher the screen goes black and the drive in his wii makes a noise as if the laser keeps on moving. If i keep pressing A then the blue light comes on where the disc is inserted, then it goes off again. I have tried different options on the backup launcher configuration with no success. Eventually after pressing B+A buttons a message appears saying "reboot with hooks" and then this takes me back to the wii menu.

Note: There isn't a problem with the laser/dvd drive as original games still work correctly via the disc channel.

Is there something i have missed or need to do again? This has really confused me so i thought it's best to ask rather than me randomly trying different stages of the tutorial again as i don't want to screw his wii up.

WHY DO NOOBS ALYWAYS HAVE TO POST A NEW THREAD???

read the stickies and post this in a relevant thread please and ill answer it - i refuse to answer this in a new thread and i advise no one else to do this either.

THREAD EXISTS TO KEEP EVERYTHING IN ONE PLACE - please use them accordingly.