Hi, I have read a lot of your discussion about Sega Legends e Sega Genesis. Because I wanted to buy one, I wanted to understand the main differences. I live in Italy and here you can buy only the Sega Genesis for 50 euros (about 50 dollars) while Legends does not exist for the European market so I should buy it for US import with longer times and costs. If I understand Sega Legends mainly uses a MAME style emulator so it can emulate a huge amount of games. Sega Genesis uses a specific emulator for genesis games and with firmware update also classic saw games, while it seems impossible to use mame emulator, is it correct? Sega Legends can run genesis games? But what is the most robust in terms of stability and performance? Which one would you choose? 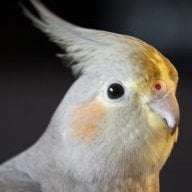 It depends on what you are looking for... both have problems with PAL games and have some delay in the audio. If you want a Sega Console with cartridge support, go for the Mega Drive Flasback HD. If you want Sega, NES and some arcade games, go for the Legends Flashback 2018, or wait until the Legends Flashback 2019 is released. I hope some of the issues with the 2018 version can be resolved on this year interaction. If you are considering import the Legends Flashback, it would be better to look for other options, like the PS Classic or a Raspberry Pi which archieve the same thing usually better.

I have both, so I can share some pros and cons of each console:
Mega Drive Flashback HD 2018/2019
Pros:
Cartridge support
More RAM (256MB)
Wireless Controllers

Legends Flashback 2018
Pros:
Supports Genesis and NES games out of the box
Built-in games run Genesis Plus GX, QuickNES, MAME 2003 Plus or FBA; the built-in MAME and FBA are not compatible with other games
Custom Firmware add support for Master System, Game Gear, Sega CD, MAME 2000 and FBA

Cons:
Arcade games on the custom firmware are hit and miss. Some work very well, other have slowdowns or are unplayable
MAME 2000 is very old, so it will only run some older games
Less RAM (128MB)
Battery Backup doesn't work on the Genesis core - Save state works
Wired controllers
Reactions: wicksand420
H

Thanks, a i have just recived Legende flashback console imported from US, very cool!
I also noticed that the last update dates back to February 13, 2019. Are you more up to date than your firmware or am I wrong? Where do I find the last update of the firmware?
thank you

M
Save my Genesis Flashback 2018