The last piece of news gamers heard about the Atelier series was that Atelier Meruru: The Apprentice of Arland was getting localized in English and would be out on May 22. Meanwhile, publisher Gust recently announced a new Atelier game in the works: Atelier Ayesha for the PS3.

According to Dengeki PlayStation (via Andriasang), Atelier Ayesha pits players in the shoes of Ayesha Artool who is on a quest to find her missing sister Nio. As gamers progress through the story, she starts recording memories in her journal via the memory connection system. Here, players can piece together recorded clues and sightings to advance the plot, possibly in different story branches.

The game's turn-based battle system is tweaked from past entries; the further an enemy is away from a player, the more attack points a player has to spend to strike them. The character designer of the game is Hidari, known for doing character design for the anime adaptation of Fractale and Natsu-iro Kiseki.
The game is slated to be out on June 28 in Japan. There is currently no word on a North American and European release as of yet. For more information on the previous entry of the series, check out GameSpot's coverage on Atelier Meruru.
Click to expand...

Nio and Ayesha are incredibly moe sisters, I want to know more about the plot system, it sounds like Surge Concerto mixed with AAI with the combining of memories. The battle system is also something I would like more information on too. That dress on Ayesha looks like Totori's and Nio's is similar to Rorona's.

damn they finally make a game on the ps3 i want 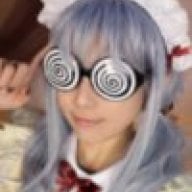 YES! Another Loli RPG! Just what I wanted!

Gust has been improving its 3D modeling work with each Atelier series release. For Atelier Ayesha, in development for PlayStation 3 release this June, Gust's 3D tech promises to be better than ever, with more detail, motion and facial expressions. Gust will even be making the switch to full 3D models for event scenes.
In addition to the tech talk, Famitsu's first report on the game this week has some gameplay details:
The Connect the Memories system that we mentioned in our Dengeki writeup is said to be an evolved version of the Development System from Atelier Meruru. It will be more closely tied into the story.
Also mentioned yesterday, the game's battle system has a "cost" element. Depending on the cost of the move you make, your character's turn order will change. The battle system also adds a time element.
One of the concepts for the game is "image change." While Gust believes that it could take the same direction and be well received to an extent, this would do gradual harm to the series. So, they're trying out a different approach. They're hoping to make a pure fantasy Atelier game, and promise to offer a new type of enjoyment.
We'll likely get a first look at Atelier Ayesha either tomorrow or later in the week, so be sure and check back!
Click to expand...

Hyro-Sama said:
YES! Another Loli RPG! Just what I wanted!
Click to expand...

That's an awfully large rack for a loli...

GBAtemp Exclusive Evolution and Devolution: The Death of Franchises