Hacking As a FYI. 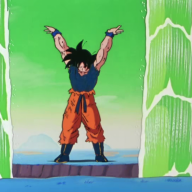 
I also can run downgrade on about the 5th try or so. using MENUHAX/FTPBRONY (b exit) and than sysupdater run.

I think this whole it bricks systems is just people being dumb tbh.

IE: Wrong update files. turns off before restart. doesn't wait on freeze for restart (at least 10 min) Presses buttons closes lid, and other idiot thing to do when downgrading lol.


As a last edit: Make sure after you upgrade to 10.3 you format the system memory.

Basically I do this:

y button as soon as you see it ready to press.

PRESS NOTHING ELSE till it finishes. don't turn off 3ds. if freeze on "restarting system in 10 seconds" wait 10 min or so. (It's not done installing cia's....) 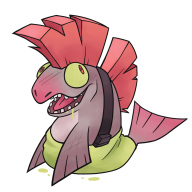 
As a last edit: Make sure after you upgrade to 10.3 you format the system memory.
Click to expand...

To unlink NANDS or..make sure nothing goes wrong with installing CIA's or something? No idea. Just taking guesses. 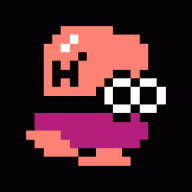 ONly a few of the bricks have been legit, the others are just people being stupid and not doing what they're told.
Reactions: Mrrraou and Melon__Bread 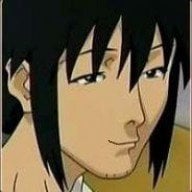 Osga21 said:
ONly a few of the bricks have been legit, the others are just people being stupid and not doing what they're told.
Click to expand...

Agreed, all you have to do is follow instructions and you are fine. But people want to make it a bigger deal than what it is and spread misinformation i.e. Hackinformer
Reactions: Memoir

Osga21 said:
ONly a few of the bricks have been legit, the others are just people being stupid and not doing what they're told.
Click to expand...

The only legit bricks are from people from the beginning.. Anything after the sulib/safesysupdater is, as you said, user error.

Melon__Bread said:
Agreed, all you have to do is follow instructions and you are fine. But people want to make it a bigger deal than what it is and spread misinformation i.e. Hackinformer
Click to expand...

Exactly why I posted this. everyone afraid to use on new3ds. because of misinformation.

To remove any files from the 3ds. to basically leave it factory reset. Like you JUST bought it from the store. you also then format SD (to avoid a potential corrupt sd card.) move stuff over check the file sizes... i mean it's relative easy if you do it with the proper care. 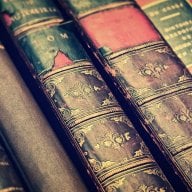 Mythrandir said:
I've yet to format an emuNAND partition because I'm waiting on a larger SD card. I've not formatted the sysNAND. If a format had occurred, I assumed the first ID folders would not match just as they did when I unlinked the emuNAND and sysNAND on my N3DS XL.

My o3DS XL console's sysNAND was on 10.1. I performed a backup of my SD card before attempting to downgrade it to 9.2. After multiple failed attempts to downgrade using sysUpdater (sysUpdater was unresponsive whenever the menu successfully appeared on the top screen), I opted to follow a guide suggesting you rapidly load and close ftBRONY before loading sysUpdater. On the first attempt, sysUpdater was responsive and successfully downgraded the console to 9.2. When the console automatically rebooted, both screens remained black. After a hard shutdown followed by boot up, both screens were still black. I concluded I was experiencing a soft brick. I chose to delete theNintendo 3DS folder rather than attempting to boot in recovery mode to resolve the soft brick. The soft brick was resolved and I then began restoring the backup, dbs, and title folders from my 10.1 backup folder to the SD card. I, at first, neglected the extdata folder because it already existed on the SD card. It was during this process I noticed the folder name inconsistency. The console booted fine and all of my downloaded apps appeared in the menu. I then decided to attempt restoring the extdata folder from the backup copy to the SD card. I experienced another soft brick when booting. After deleting the Nintendo 3DS folder and again restoring the backup, dbs, and title folders, I concluded the backup extdata folder caused the soft brick. If I were ambitious enough, I would follow a similar procedure to determine which extdata files caused the soft brick to occur.
I thought I'd try the NOOB thread for some quick answers.
Click to expand...

So my soft brick may have occurred because I neglected to format the system and SD card? If that is the case, do you know what causes the second ID folders to differ?

@ Scott_pilgrim: "i do indeed play osu" although lately ive been taking a bit of a break to play etterna 13 minutes ago
Chat 1