Hardware Another one way charging 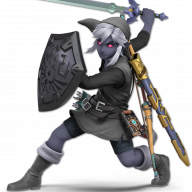 Received a switch that had been tampered with. Previous owner attempted to replace the charge port. Looked pretty ugly but I think most was just flux that wasn't removed. It was bsod so I hit everything with hot air just to reflow all the flux & solder. I couldn't believe it when it actually booted & seems to work fine on & off the dock.

The only odd thing is that it only charges 1 way. I tried reflowing the USB port, I replaced the USB port with new low melt solder. I replaced the m92. This board either doesn't have an ESD or it has been removed. & I gave it a good ultrasonic bath followed up by an alcohol bath.

R
Hardware switch only charging at 0.43 amps help needed thanks

Hardware Switch will charge and work fine, but does not display on TV in dock