No ZHED is not a game that wants to help you properly pronounce the letter ‘Z’. Probably. Rather, ZHED is a puzzle game that lets you solve, well, puzzles at your own pace. Is this title apt to dive into during the quarantine?

There’s a certain appeal to minimalism in games if done correctly. In a similar vein to In Other Waters, ZHED bets on this appeal with a minimalist approach to its presentation and gameplay. This puzzler takes place in 2D square grids of varying sizes across 100 levels. The goal is to reach the whitish spot with the help of the other numbered squares. These numbers represent the number of spaces each square can move in a chosen direction (up, down, left or right). 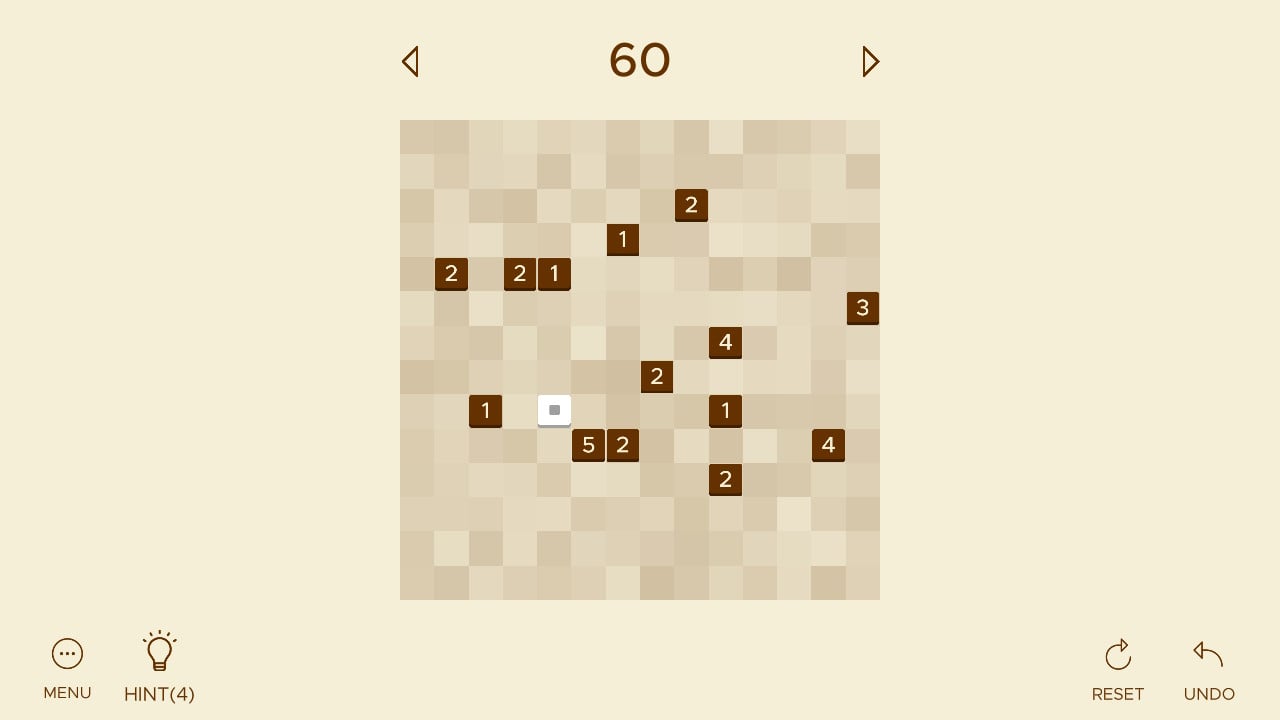 Once you decide on a direction and select it, the numbered square will leave a solid trail behind, which other numbered squares will jump over as you move them around. This is a core tactic in ZHED that you will have to employ until it becomes second nature. It’s a bit tricky to explain in writing but it’s easy to understand after trying the game. The video below can give you a better idea:

Even if the premise and gameplay is straightforward, the challenges ramp up as you progress. Certain levels have more than one finish spot, others have more ways of finishing a level and most of them aren’t solvable just by looking at them. For several of them, I had to resort to trial and error in order to find the solution. But I was fine with it because ZHED is a no-pressure game.

It wants you to play it at your own pace, however you want. No timer. No leaderboard. Only puzzles. Stuck? Try using a hint point, which you’ll collect as you clear levels. You can use as many hint points as you have, either to nudge you towards the right path to follow or to solve the whole level itself. Or you can try solving it all on your own with no assistance.

Additionally, the puzzles require a certain level of creativity to solve. You can take as much time as you want and analyze the ways you could overcome a certain challenge, pause and come back later. 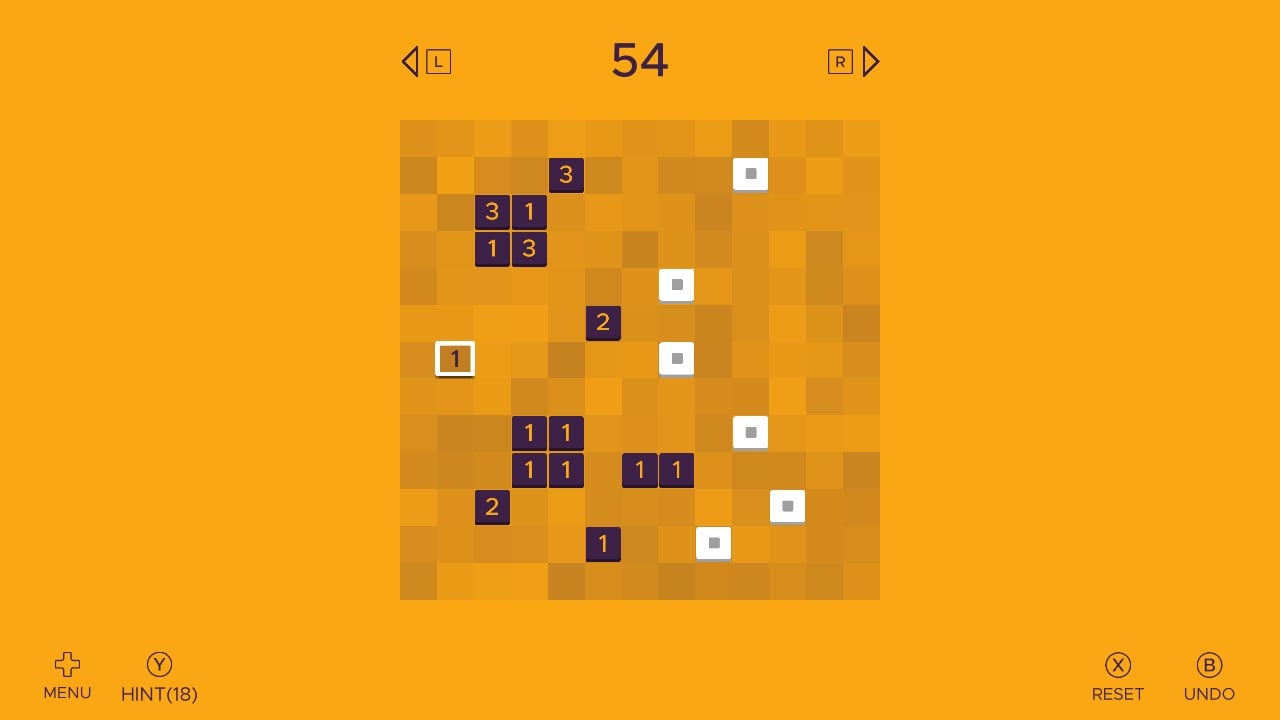 There’s even an undo button if you’ve figured another way to solve a level or you can hit the reset button to restart the level anew. A little complaint here is that these two buttons, the undo and reset, are too close to each other. I’ve accidentally hit the reset button more than once when I was actually trying to reach the undo button. There’s more space on the Switch’s screen to spread these options without mistakenly pressing on the other.

Additionally, ZHED offers you a certain freedom to approach the game as it can be played with a controller in docked mode, with the Joy-Cons in handheld mode or bypassing physical controls altogether via the touchscreen. The latter felt like a better fit to this game, with its soothing tune played on repeat; although I believe it could benefit from a more varied soundtrack.

On variety, the look of the game barely changes, save for the color scheme of different levels. They might have taken the minimalist approach too seriously with this one. Some diversity in shapes of the puzzle board while playing with the mechanic would have gone a long way.

Yes, from the description and looks, ZHED seems like a smartphone game because it is one. It is available as a free-to-play title for Android and iOS devices, with in-app purchases for hint points. However, the Switch version is priced at only $3.25 and is quite affordable for a chilled game to boot in the quarantine and flex your brain muscles. I hope to see more levels added in the future so I can take it on my commute once the pandemic subsides. 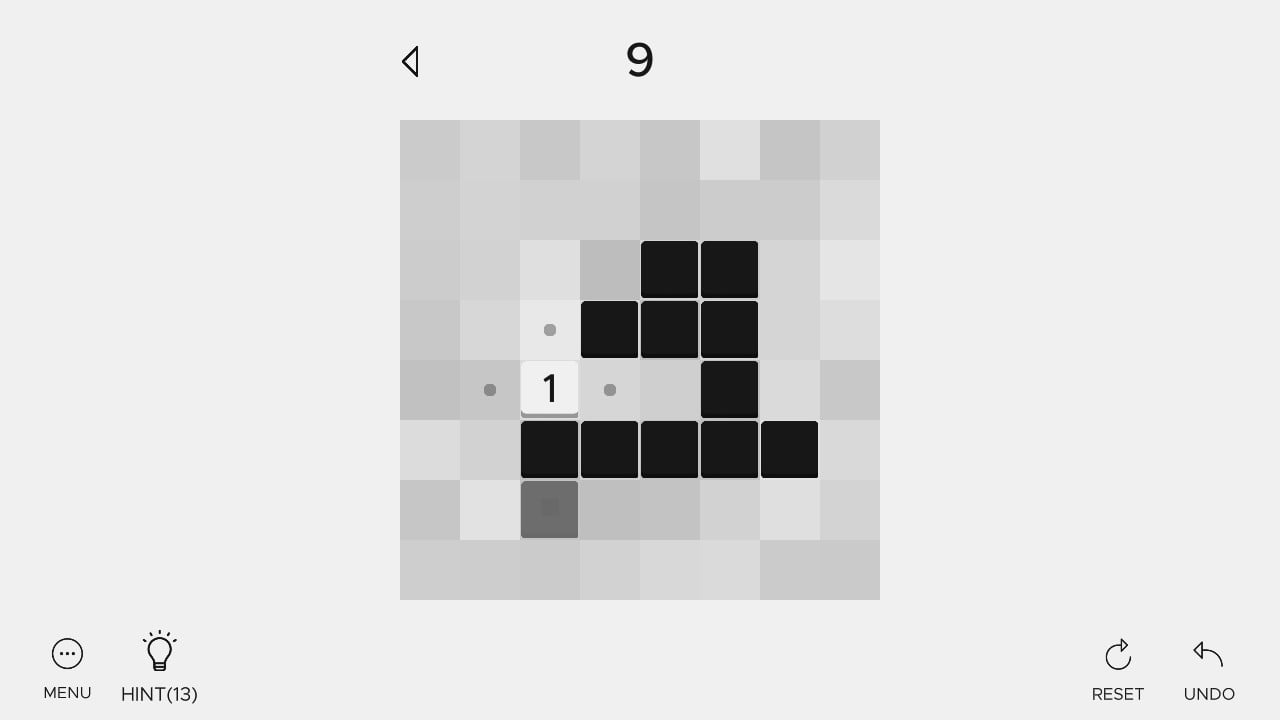