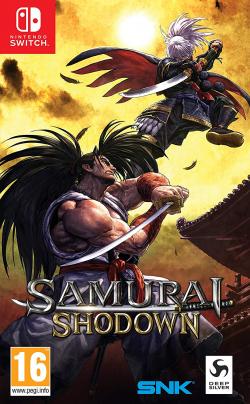 Fighting games have been console staples since the beginning of time. Can Samurai Shodown slice and dice its way to success?

Where I grew up in the early '90s we had arcades halls to visit, cabinets in takeaway shops, and consoles in every household. One of my all-time faves was Street Fighter 2. I used to spend my pocket money trying to figure out moves, combos and techniques to best my friends, who usually resorted to button mashing. I wanted to master the art, know the move sets, and conquer all. Samurai Shodown appeared sometime after I had decimated Street Fighter 2 and all of its hacky Rainbow and Blackbelt bootlegs in my area (I had even delved into and mastered Mortal Kombat 2, memorising all the Fatalities). My first taste of Samurai Shodown was sometime in the late '90s I would say, just before the N64 dropped and after Killer Instinct's sexy black cartridge was glued into my SNES. I was lucky to play it on the NeoGeo  as no one I knew actually owned one, but my local games store used to get all the latest imports and have them running for all to gawp at. I remember thinking that it looked like a strange mash-up of Street Fighter 2 but with weapons. A more violent game, a more tactical game.

Fast forward 27 years and here I am with Samurai Shodown (2019) running on my Nintendo Switch, glistening in portability, and ever so arcade-perfect feeling. SNK know how to polish a game, and they know how to finesse the entire package into one incredible experience. After their 11 year break from making these games, I was excited. Firing it up, I was met with an immediate nag to invest in the online pass to get the best experience, online play, and more. This was annoying, to say the least, and it reminded me of better days, a time when you didn't need to download DLC, updates, or pay to play online. This entry has been cited as a reboot to the series setting it around 1787, however, this edition is set one year before the events of the original 1993 game, including events up to those of 2003's Samurai Shodown V, during the Tenmei era of Japanese history. Boiled down to its base elements, SS encompasses warriors from Japan "and beyond the oceans" battling to investigate and vanquish the great evil force of trapped soul Shizuka Gozen. Samurai Shodown 2019 is the first mainline entry since 2008's Samurai Shodown Sen on Xbox 360, which in turn was the fourth 3D entry in the SS saga, making this edition only the fifth 3D outing for the fighters in the now 19-strong Shodown series. 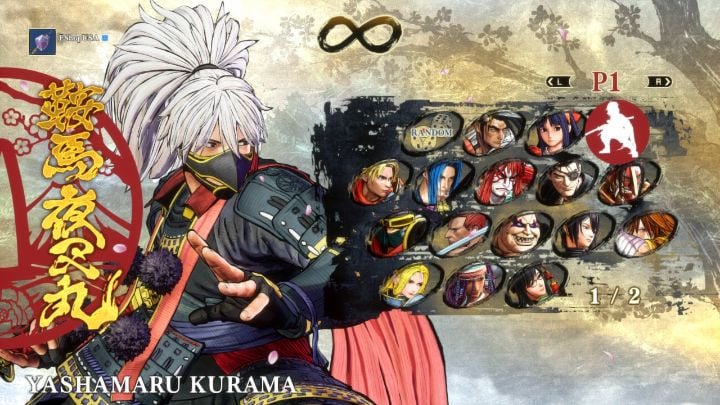 Reading from left to right, in the XMB styled menu screen, you are presented with a link to the eShop, Options menu for altering a multitude of configurations including display and sound, Practice mode for tutorials, Online mode for online Vs play, Story mode, Dojo asynchronous online battle (more on this later), Battle mode for offline VS, Database and Gallery modes. Virtually all of these options ask you to purchase a paid membership to Nintendo to enhance your gaming experience. Is it necessary? No. Is it off-putting? Yes, massively. Thankfully you can simply hit "Cancel" and forget about it until you do want to play online, which I would actually recommend too, but I would never shove popups down your throat to enforce this ethos. Clicking into these modes triggers a rather lengthy loading screen which, for a 10gb game loading off of the internal flash memory, simply should not take this long, but once you're finally in there, the game opens up and you can begin to learn the ropes and drill down into discovering your favourite fighter's destiny.

Seventeen characters initially join the fray in this iteration (12 in 1993), with series veterans such as Haohmaru, Tam Tam and Wan-Fu reprising their roles in full 3D. The total cast now includes new characters such as Darli Dagger, Yashamaru Kurama, and Wu-Ruixiang, as well as Hisame Shizumaru brought back and added for free. Seeing as how this game has been out on the other major consoles since around June 2019, it stands to reason that the Switch version would be playing catchup regarding DLC and character listings. As I fired up my copy to dig into some gameplay, I noticed 21 playable characters: Charlotte, Darli Dagger, Earthquake, Galford, Genjuro Kibagami, Hanzo Hattori, Haohmaru, Jubei Yagyu, Kyoshiro Senryo, Nakoruru, Shiki, Shizumaru Hisamea, Tam Tam, Ukyo Tachibana, Yashamaru, Kurama, Yoshitora Tokugawa and Wu-Ruixiang, along with the Season One DLC characters Rimururu, Basara, Kazuki Kazama and Wan-Fu already included. Season two promises to bring Mina Majikina, Sogetsu Kazama, Iroha, and an unannounced character to the fight. Could this character be a Smash Bros. crossover, or could it be a cameo from another knife-wielding series? Answers on a postcard! 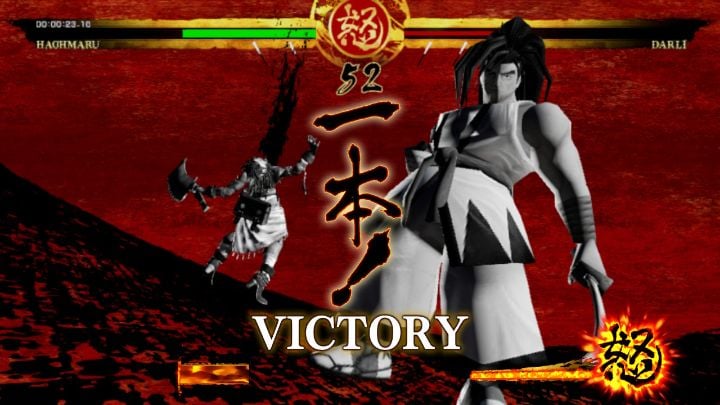 One of the latest and greatest features of this game is an all-new Dojo mode that packs some serious next-gen genius. Machine learning is coming to almost every medium you can think of and gaming is one that can definitely take advantage of this technology and use it to incredible effect. Utilising a revolutionary new AI system which relies on Deep Learning AI, the game will learn from player tactics and create Ghost characters which players around the globe can share and fight against - effectively testing your mettle on a personal level, requiring you to mix it up more and strategise using alternate or more expansive move selections to really cause the AI to test its digital grey matter. Along with this new tech, we also find 2-10 player online matches served up, which make for some truly heavy ranked matches and some tension-building but satisfying gameplay. Samurai Shodown is not as highly regarded as Street Fighter 2 or even the Mortal Kombat series in the Western hemisphere, often left on the periphery and regarded as a blade-heavy, chess-like fighter with far more strategy required, but I'm here to say that this game is extremely fun and should not be overlooked. Many of the battles can be won in just four or fewer slashes of a tempered blade, and the range of moves and brutal finishers is something to behold. It really captures your attention and draws you into trying to master them all and humiliate your opponents as stylishly as humanly possible.

Use of the Unreal 4 Engine makes it look and feel a lot like Street Fighter 4, with its ink swipe-styled edges, and cell-shade looking characterisation. This is not a bad thing, and as the timeline of these games has shown, the sincerest form of flattery is to borrow from your peers and add your own flourish to it to separate them in a crowd. As a 2D-slash-3D game which never sidesteps from its 2D perspective, it holds its own in creating intense scenarios for battle. Stepping into the fights you really feel the exhilaration of a face-off, a tense life or death battle against your opponent to obtain victory and fulfil your destiny. The gameplay is fluid and fast-paced with some really nice technical skills available for players to master, should you get your timings perfected via practice mode. They say that the best offence is a strong defence and this is a credo all players should live by, as blocking and defending gives you ample opportunity to find patterns and weaknesses to exploit that will leave your enemies wide open. For example, you can counter, block, parry, and dodge attacks if you're wanting to break your opponent's flurry of metal without going all-out hack and slash yourself, but you can also disarm your foes with the weapon catching technique should you find yourself without a weapon too. The shoulder buttons utilize combinations of the most useful buttons, such as defensive stance breaks and, with a fireball-like motion first, parrying or weapon catching. You also have quick access to Rage explosions and surprise attacks on the LZ/L triggers that set off huge swathes of punishment if you're in a tight spot, even capable of decapitating or maiming your adversaries if used when their health is low. This appears to have an allowance of once per fight, not once per round, meaning you can again strategise timing for performing such overstated attacks or just plain showboating. As a person who has stated many times that the Joy-Con feel too small to use, I opted largely for the Pro controller while docked, as I found it far more difficult to perform some moves repeatedly on those annoying little D-buttons. Though it is possible and invariably the only way to play in handheld (without purchasing a pro controller grip additionally), I preferred the traditional D-Pad in this game, which is something Switch Lite owners should celebrate over regular Switch owners for portability. 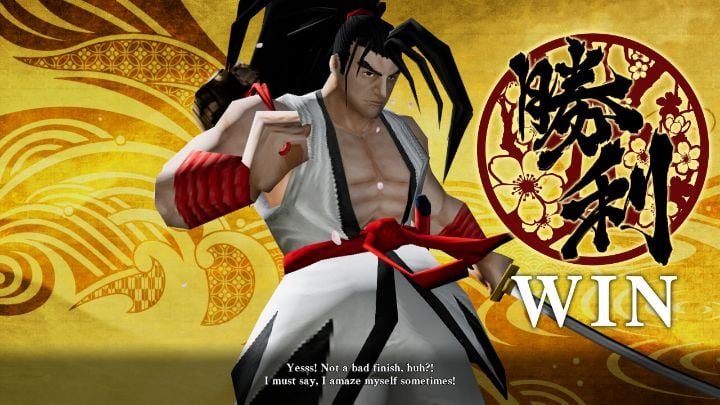 Overall, Samurai Shodown is an excellent title for Nintendo Switch that demonstrates just how versatile the hybrid console can be, acting as a prime example of how fighting games look and flow superbly in docked or even handheld modes. The lengthy loading times and annoyances of Nintendo Online pop-ups aside, I found a lot of redeeming features to this title and can only recommend it as a superb alternative to the standard fighters we know and love. It's been 11 years since SNK wowed us with their last instalment, and thankfully the wait has been very much worth it, giving us heaps of modes to sink our teeth into, a vast mixture of fighting styles and techniques to master, and plenty to discover through a diverse cast of playable characters which just keeps expanding. The new characters are great and bring a little more variation to the traditional cast, and though this is a technical fighter at its core I can't help but feel it needs slightly more going on to make it more of an essential package. The DLC skins are a nice touch, making the shiny new updated characters look blocky and retro. The Joy-Con also felt a little off playing this title, and I found it hard to perform some moves on the directional buttons as there was no rocker interpolating the movements through diagonals and using the Left-Stick just felt slightly strange to me. However, playing on a Pro controller definitely remedied this.