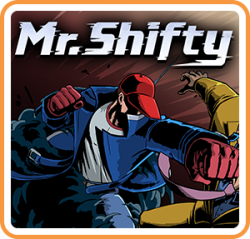 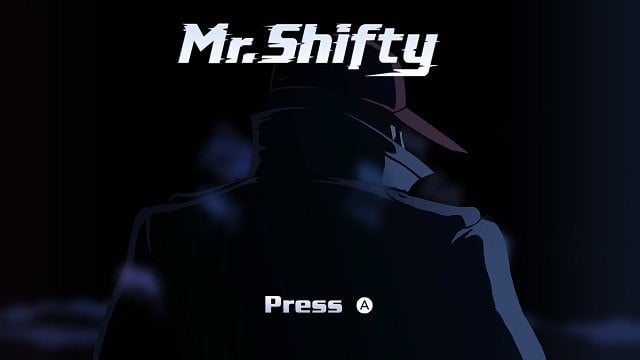 Playing as the famous master thief Mr. Shifty, we are tasked with the mission of breaking into the world's most secure facility, the foreboding Olympus Tower. The building is operated by the very colourful Chairman Stone, the game's antagonist who rules the thug-filled tower with an iron-fist. As far as story goes, that is about as much as you get, and in reality, it's all you need, as Mr. Shifty is a fast action paced game, focusing more on spectacle than narrative.

Initially, the silent hero Mr. Shifty has to steal some Mega Plutonium from the Chairman, and is given various vague instructions from agent Nyx as he progresses up the tower, clearing out each floor of thugs and henchmen as he goes. 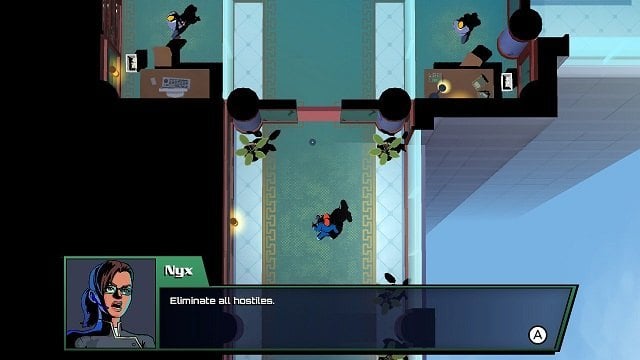 Unlike in Hotline Miami, Mr. Shifty doesn't have a huge arsenal of firearms to blast through his foes, and instead focuses on quick combo brawling combined with the game's main mechanic; teleportation. Just like Nightcrawler from X-Men, Mr. Shifty can phase-jump about 6 feet in any direction, through walls, doors and even incoming bullets. 6 feet may not sound like much, but you can chain the teleport up to 5 times in a row, allowing you to cover great distances quickly. It feels cool to enter a room full of Stone's gun wielding goons, and then phasing a couple of times to appear behind the thugs, ready to knock them out with just a few swift punches. If you attack enough guys in quick succession, it will build up the Slo-Mo meter, which when activated will slow down time to a crawl, matrix-stylee, should you be unfortunate enough to catch a stray bullet. It's basically a get out of jail card you can quickly use to kill a few enemies when things start getting a bit too heated. 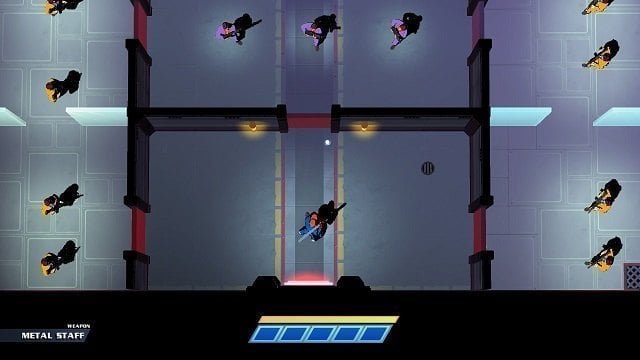 Levels are littered with destructible environments, almost everything is fair game for a bashing, whether it be a wall, door or table - Mr Shifty can destroy stuff by punching or teleporting through it, sometimes creating a melee weapon to use afterwards in the process. Sticks and brooms can be handled like staffs and will one-shot any enemy, even multiple foes if they are bunched together when you make the swing.

Teleporting is also used to get through the tower's security systems. Like everything else in the game, laser traps can one-shot Mr. Shifty, and a lot of rooms within the tower have puzzle-like qualities to them, where quick thinking is required to not suffer an insta-death. 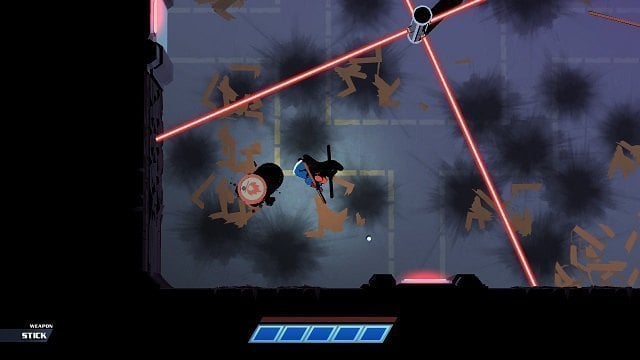 Mr. Shifty feels great and fits well on the Nintendo Switch. It's a slick, bright original title that is both fun and easy to play. I wanted more after the credits rolled and have since gone back to the stage select to perfect a few more of the levels.

Verdict
You, Aqib Ali, DKB and 2 others like this.
Unlike this review