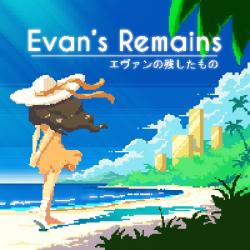 Evan's Remains, a puzzle mystery-thriller adventure game developed by Matías Schmied and published by Whitethorn Digital, has you on an uninhabited island in search of the titular Evan. Is he worth finding or should these remains stay hidden?

​
Island of Mystery
Evan's Remains starts simple enough; You assume the role of Dysis, a young lady sent by Up-Link, Evan's employer, to find the missing Evan. After receiving a letter from Evan that asked for Dysis personally, you arrive on the island and begin your search. After stumbling across a couple of monoliths, which serve as the puzzles you must solve to continue, you realize that you aren't the only person on the island.

You encounter a young man named Clover, who is on the island in order to find "the artifact" which is said to grant one with immortality. The monoliths you are solving also serve another function; the platforms on them make a word, which in turn is used to locate that which Clover seeks. Throughout the game, you see bits and pieces of Clover's past and learn more of his motivations and personality as he and Dysis talk with one another. Additionally, Evan's Remains features a small cast of supporting characters; Vincent, a young man skilled in a game called "SpyMaster", who Clover allows to stay at his home. Nikola, an employee of Up-Link and Dysis' link to the world outside the island. 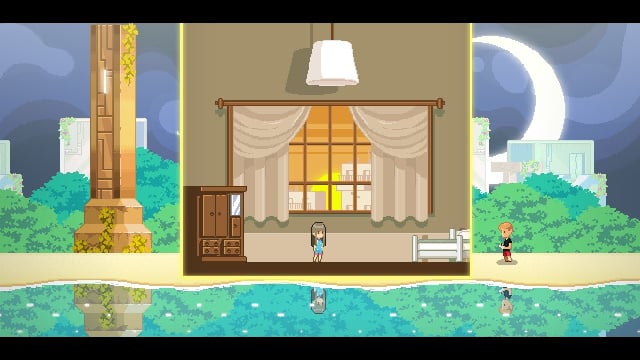 ​
Though it states the remote island is located in the Pacific, the world of Evan's Remains is set in perhaps a not too far off future. Dysis has a transmitter that can project an audio/video feed to talk to Nikola and a device that opens a portal to a bedroom for her to rest while she searches for Evan. These seem to be some of the inventions of Evan, who is considered a genius, which explains Up-Link's interest in locating him.

The story and dialogue is exceptionally well written and as you progress, learning more about the characters and the words on the monoliths, it does an excellent job drawing you in. Which is wonderful as the story is just as, if not more so, important as the the puzzle aspect of the game. It has it's twists, some of which catch you off guard completely. When it's all said and done the story of Evan's Remains stays with you, as you reflect and realize how certain things fall together and process everything that happened. Even as I write this, I'm still thinking about all that occurred. It's touching and a little heartbreaking but it's fantastic. 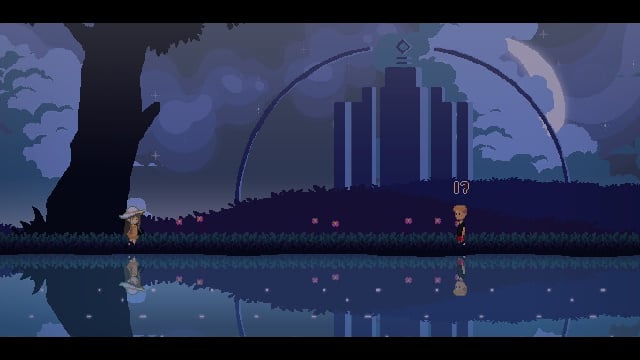 ​
Using your head
As you traverse the island, you encounter different monoliths that require you to find the necessary path to the top of a pillar blocking your path. Most of the platforms you land on disappear the moment you jump off. But their shape can be different; some are simply short and flat while others can almost completely wrap around the face of the monolith. Some platforms have an infinity-looking symbol, leading to currently-present platforms to disappear and ones that are not to appear. The variety of platforms and the actions that they execute is pretty small but it's enough to produce some interesting solutions.

The difficulty of the puzzles varies and some seem at random, with Clover even commenting on it. A good majority of the monoliths are quick enough to solve but there are some that can really get you held up for a bit. Most took less than 5 minutes to solve but a handful of more difficult ones took around 15 or so minutes. 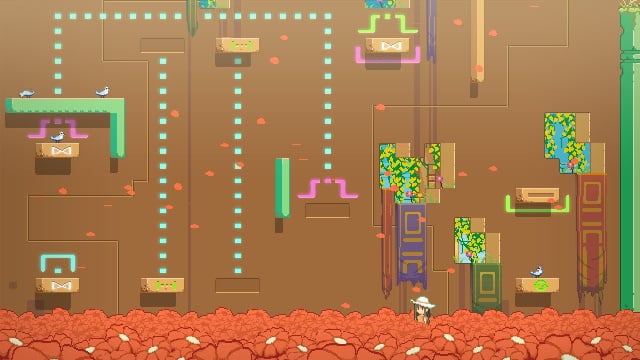 ​
As I said previously, at it's core Evan's Remains is more so about the story than a puzzle game. The puzzles on the monoliths are simply a part of the story, being optional as far as Clover is concerned and Dysis stating that while she could go around them, she finds solving them to be quite fun.

And they are indeed fun! I enjoyed solving each one as the answer was almost always right in front of me but not always obvious. On the tougher ones, once I figured them out, I was always like, "How could I not see that?!" They offer a small reprieve from the story and a decent challenge. It plays and controls well, but with the only options being moving and jumping, one would hope as much. But in the end, the puzzles are simply a vessel to move the story along. 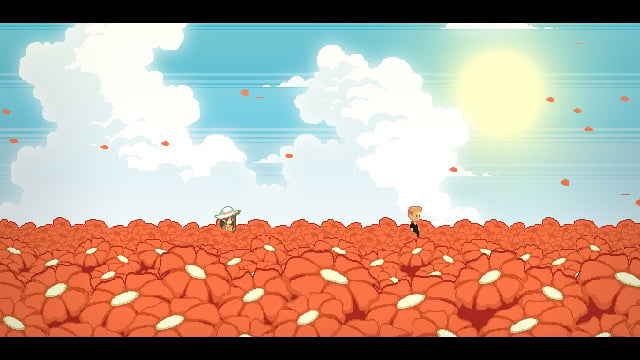 ​
The sprites and artwork in Evan's Remains are among some of my favorites. The character portraits are excellently drawn and truly capture what the characters are feeling. Detailed landscapes line the background and foreground, giving life to island and further adding to the mystery of the civilization that once called it home. Clover's flashback scenes have a slight tint of green, appearing to "glitch" every now and again. There's a lot of little details throughout the game that come together in a big way; clouds moving in the background, fields of flowers as they rustle in the wind.

Paired with the visuals is an equally good, albeit small, chiptune soundtrack. While it is pretty minimalist and ambient, it fits perfectly with the setting of Evan's Remains and certainly makes the emotional moments in the story all the more so. Small touches like the sound of gulls flying and small waves breaking on the shoreline help to further give life to the world within. 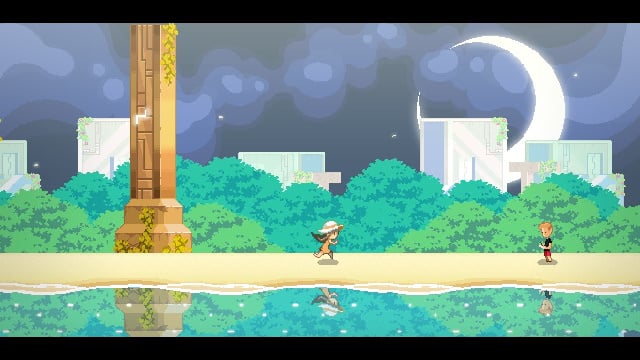 ​
Evan Remains
Everything in Evan's Remains lends itself to create an emotional and memorable experience. While it is certainly on the shorter side - I clocked just around 4-5 hours - it's story stays with you for a good while after you finish. It doesn't offer much in replayability, though I'm certain I will go back at some point to experience it again. As for the puzzles, they are just a part of the story and don't really feel like the main focus, but they do offer a fun challenge and a break from the narrative. Overall, Evan's Remains is certainly an indie that you should consider if you are a fan of puzzles and story heavy games.


Evan’s Remains - Launch Trailer - Nintendo Switch
​
Verdict
MothCult, hippy dave, alexander1970 and 8 others like this.
Like this review