Corsair took their time getting around to releasing a 60% keyboard. Was it worth the wait?

So, Corsair has finally gotten around to making a 60% keyboard. They’re a little late to the party, but hey, better late than never... right? Was their take on a small form factory keyboard worth the wait, or should they have stayed out of the mini competition entirely? In a world where plenty of amazing 60% keyboards exist, can the K65 hold up?

Despite the awkward naming convention, the Corsair K65 Mini is not a 65-key keyboard, and is just your average 60% styled board, meaning it strips everything down to the bare minimum; no arrows, no F-keys, no navigational buttons. This is meant to maximize your desk space so you can have as much room as possible for your mouse--something highly sought after in competitive circuits.

The 60% trend has already been kicked off for a white now, which means Corsair’s K65 is entering the game after titans like the HyperX Ducky, Glorious GMMK Mini, Razer Huntsman, and even the budget Redragon have already been thriving. When compared to something like the HyperX Ducky, the K65 pales in comparison, at least upon first glance. Oddly, the K65’s USB-C input, at least on my unit, was finicky and took some careful positioning in order to get the keyboard to connect. This is a worrying detail, because while mine might just be faulty, it could also mean that the connection is loose on all of them. I wouldn’t be surprised if the latter is true, because the K65 is not well built at all. 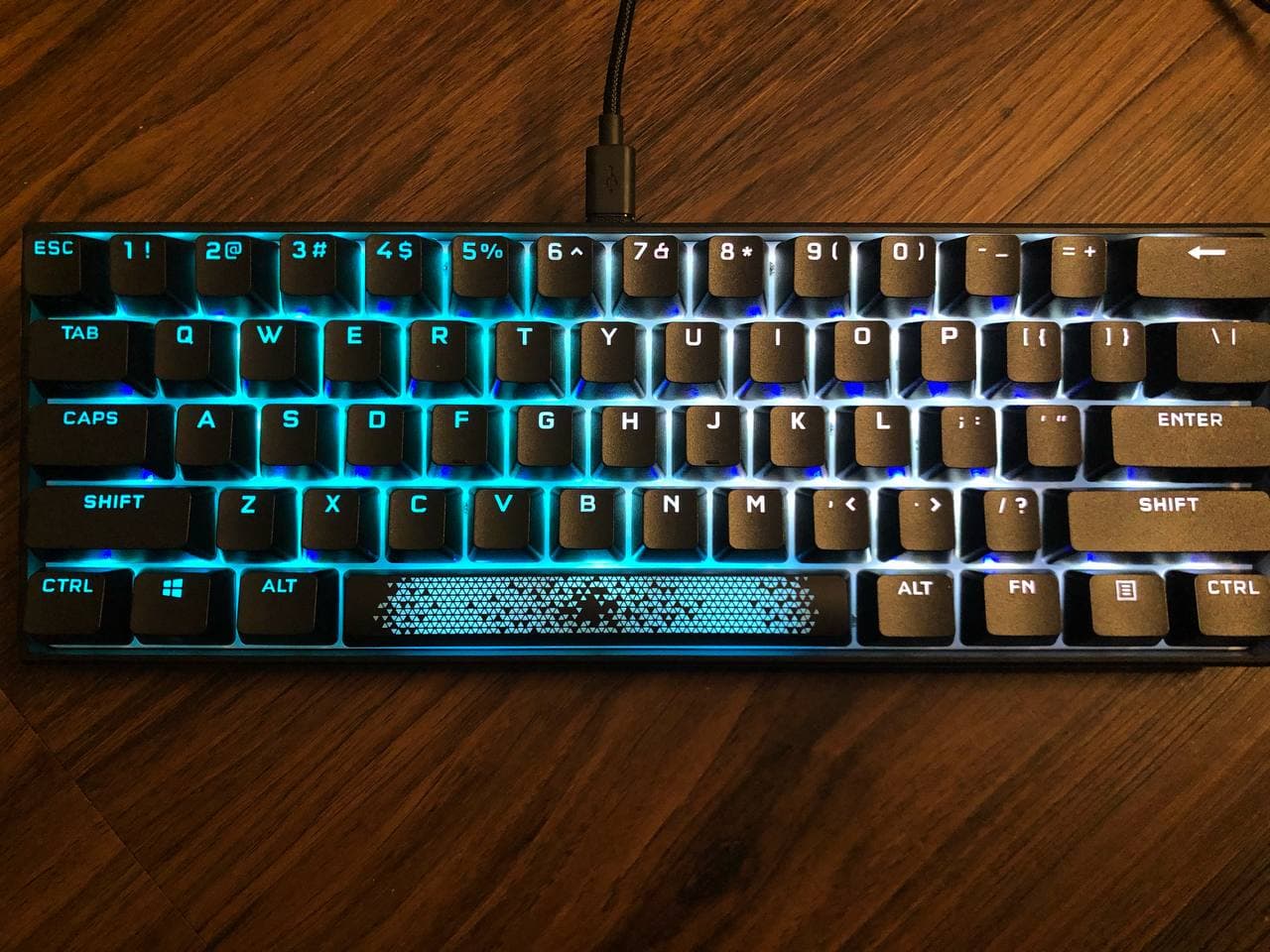 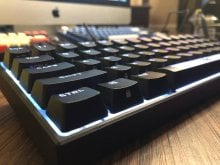 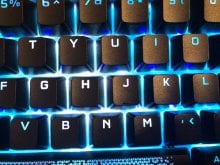 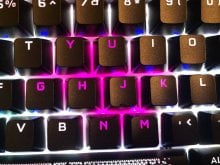 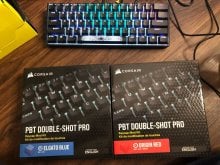 Given Corsair’s history, they’ve made some top-tier keyboards in the past, and yet it feels like the K65 was phoned in. The case is durable, but also made of this thin cheap-feeling plastic, which makes the K65 lightweight, but in a way that’s more fragile than feature. It also leads to one of the worst aspects of the keyboard: the pinging. I’ve previously covered keyboard ping before, even on another Corsair keyboard. Mechanical keyboards can be loud, annoyingly so to some, but when you’ve got a truly well-made keyboard, all you should hear is the impact of your fingers hitting the keycaps, and the sound of the keyswitch underneath activating. With the K65, you hear all sorts of other cacophony, as if there’s a game of pinball going on underneath it all. This is because Corsair opted to not use any dampening foam, as far as I can tell, underneath the plating that holds the keyboard components together. Because of this, the K65 makes a real racket when you’re typing on it, more than any other keyboard I’ve tried in the past. It’s a horrid metallic whine every time you so much as tap a key, which is ridiculously grating.

On a more positive note, at least the K65 looks quite nice. Though it may not feel nice, the black case surrounding the keyboard is sleek and sharp, and using a white mounting plate was a genius idea as it helps the RGBs stand out to an awesome degree. Coupled with the iCue sync abilities, the K65 makes for one nice lightshow of a keyboard. You even get a cute little spacebar that comes with a triangular design that lets even more flashiness shine through. I will say, Corsair nailed it in terms of appearances. 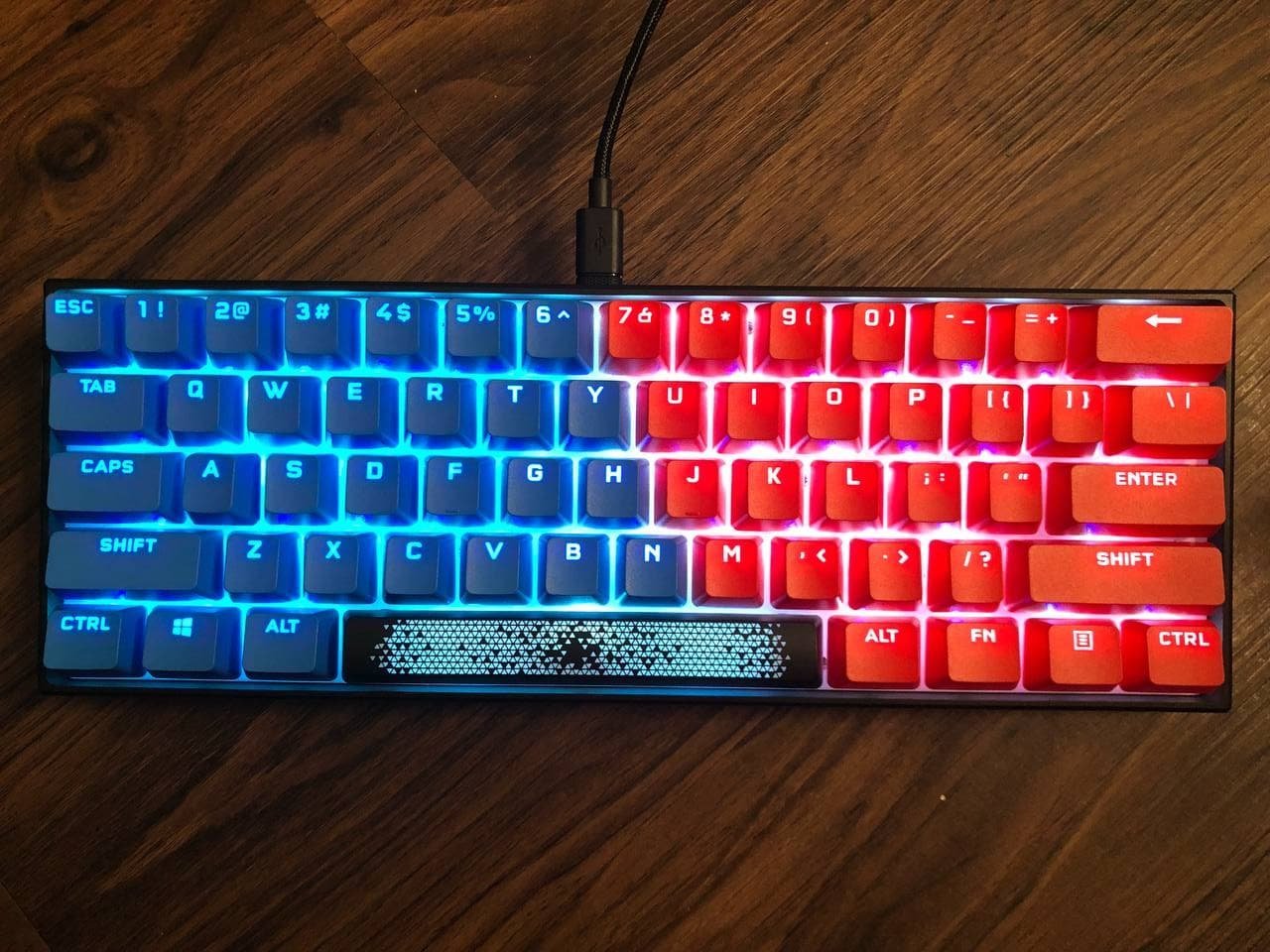 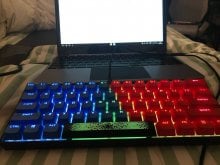 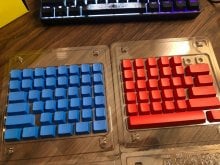 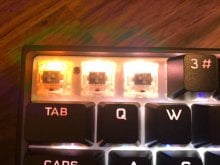 When it comes to looks, this keyboard has got it going on; when it comes to the finer details, it doesn’t. But the K65 Mini exists for the express purpose of gaming, so how does it handle such? Underneath the hood are real-deal Cherry MX Speed switches--the Silver variety. Corsair also offers the keyboard in MX Reds or MX Silent, meaning it comes in linear switches only. Through this, you can really see that it’s aiming to please FPS gamers and hardcore competitive players. I think the switches themselves are very easy to press due to their low actuation point, making them really nice for rapid, multiple presses. Yet, there’s something grating--not in the emotional way, but in a physical way--with the switches. They’ve much less smooth feeling than a linear switch should be, with a scraping feedback rather than the flawless motion it should have. Combining the scratchy-feel with the horrid sounds it produces just isn’t nice.

It’s not all bad, at least. Corsair opted to go with PBT keycaps, and I’m glad to see manufacturers understand that people want to see higher quality keycaps that are actually made to last when they’re dropping over $100 for a keyboard. With the K65 Mini, they also introduced a selection of fancy PBT keycaps that come in all sorts of colors. Ironically, the keycaps more than outshine the keyboard itself, as they’re just fantastic in every way; they’re great quality, thick, but also with shine-through, so the RGBs highlight the font printed on the caps, and they’re bright, dyed vibrantly--something that you don’t see done that often, especially by a big company. I found myself far more taken with Corsair’s new PBT keycap lineup than their new keyboard.

Those keycaps come in a wide variety of colors, in this case "Elgato" Blue and "Origin" Red, and out of all the colorful PBT keycaps that I've ever seen, at least ones that allow shine-through of RGB in the lettering, these are some of the best out there. They also have a fairly neutral font style, so you can easily make out what each of the letters are, without any over the top "gamer" look that tries to make the font look more edgy. Being able to grab sets of colors, and ones that fit even a full-size keyboard at that, is fantastic. And since they're PBT, they'll be sure to last, because they're thick plastic and well-made, so the letters won't fade. 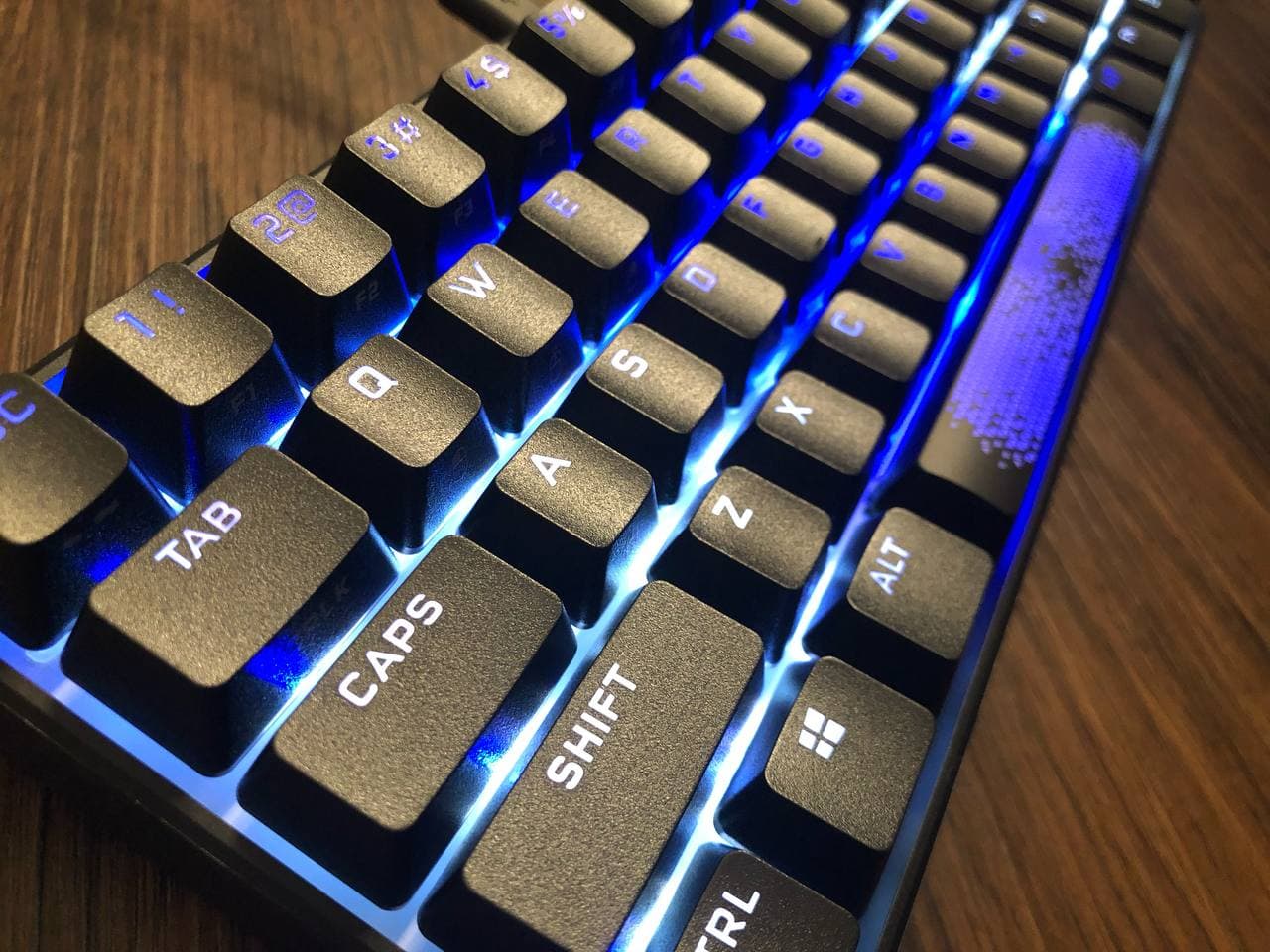 Given that the market is inundated now with plenty of outstanding 60% keyboards, I just don’t see the point of Corsair’s K65 Mini. Perhaps had it come out a year or two ago, it would have been serviceable for the time, but as it stands, it’s merely okay, and features some really irksome build quality flaws. I could sit here and recommend Corsair’s keycaps, at least, all day and all night, (I'll be scoring the K65 Mini on its own, but assume that the keycaps that are sold separately themselves are something more of a 9/10) but as to the K65 Mini? It’s a total pass. 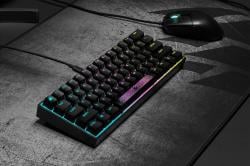