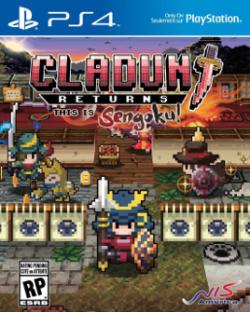 ClaDun Returns: This is Sengoku is the first in the series to hit the PS4 and continues the series tradition of providing players with high quality and surprisingly deep dungeon-crawling.

Cladun Returns: This is Sengoku is the third in the Cladun series that started with the PSP game titled Cladun: This is an RPG.  Like the original and its sequel, Cladun X2, this game is a dungeon-crawler that sports retro graphics and gameplay that is expected of the genre.  The game is an absolute blast for fans of the series and to be honest, I didn’t realize until after I started playing the game for a few hours just how much I needed a game like this in my PS4 library.  Cladun Returns: This is Sengoku is the kind of game that you can easily play for 10 minutes or for several hours on end.

The game releases on June 6, 2017 for PC, PS4, and PS Vita.  Personally, I have the PS4 version but I enjoyed it immensely while playing it on the Vita via Remote Play.  It would be awesome if a simple dungeon-crawler like this was crossbuy between the two platforms, but alas it isn’t.  Regardless, if you have the means to do so effectively, I recommend getting it for PS4 and using remote play whenever you want to play for a few minutes on the go, or in bed, or the toilet, or in the shower…  Okay maybe not in the shower.

The game starts with you, the protagonist, waking up in a land reminiscent of the Sengoku period of Japan (around the years 1467 to 1603).  As you wake you’re greeted with the question of “are you alive?”  It is then revealed that in truth, you are not alive (spoiler).  The individual informing you of your tragic fate, Yukimara, proceeds to introduce your character to his new environment.  You are in Arcanus Cella, a purgatory of sorts where all the regretful lost souls come to wallow in their misery. 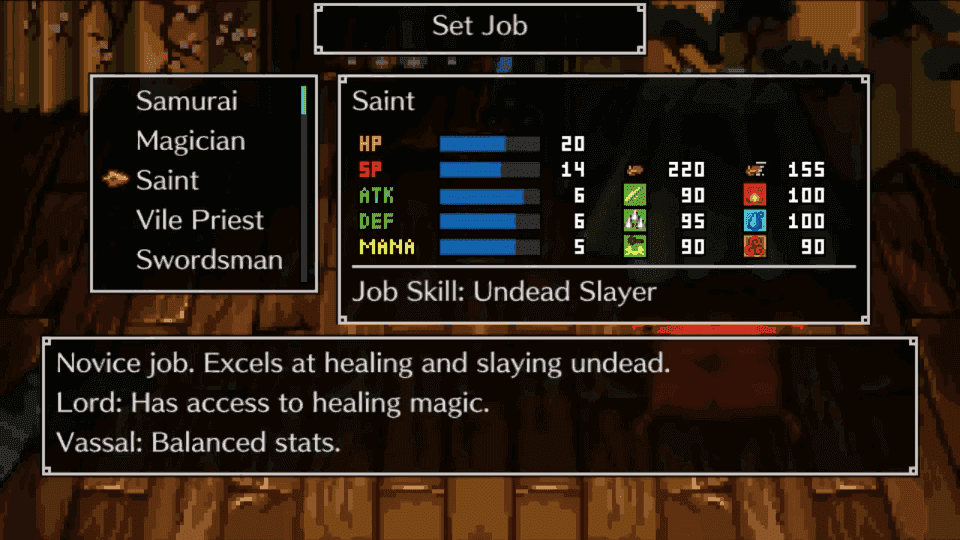 You know the story, souls with unfinished business are unable to completely cross into the next world (or in this care reincarnate) until they either stop fixating on their regret or solve it.  Sort of like in the very original and kid friendly movie Cop Dog (I’m kidding, don’t watch it).

Yukimara tells you to speak to one of these wandering souls, moping around in the town, in order to unlock the most important part of the game… the dungeons!  The story isn’t the important part of the game.  Basically, what you do is enter a dungeon, kill a bunch of things, collect a bunch of loot, and exit the dungeon.  Do that on repeat and you’re golden.  The game mixes things up a bit by adding time limits to some dungeons that can be anywhere between 40 seconds to a few minutes long.  The way that the game is structured is similar to that of a F2P mobile game that you’d find tons of knock offs on the Google Play/App Store, but for some reason this game is just so much more addicting than any mobile dungeon-crawler that I’ve found.  I’m not trying to imply that this is better than EVERY mobile dungeon-crawler, but I really enjoy it more than I have any other that I’ve played.

Due to the nature of the game, progress is being made with each completed dungeon.  Since each dungeon only lasts a few minutes at the most, it’s possible to pick up Cladun for ten minutes and put it down feeling like you’ve accomplished something in the game. 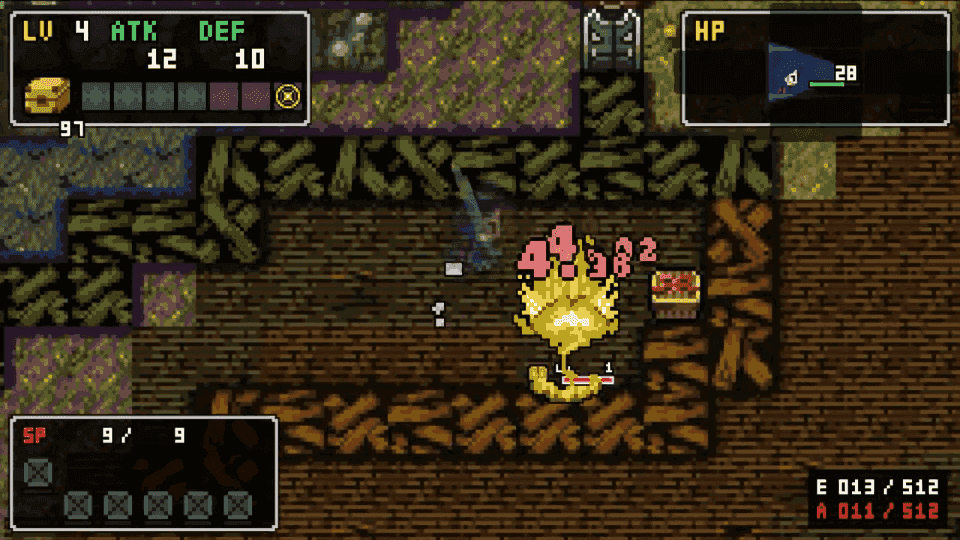 Completed dungeons aren’t lost forever.  Every dungeon can be replayed and grinded to help you level up and gain more loot.  There are 9 chapters in the game, each of which is associated with helping a lost soul become… un-lost.  Every time you beat a chapter, you unlock additional dungeons, called Ex Dungeons, to play.  These dungeons are harder but provide better rewards for the player.  In addition, you can free the souls of characters based on real warriors from that period in history.  These warriors will join you in your fight to slaughter everything.

Cladun is simple, but surprisingly deep to master.  As you progress through the game, the dungeons are laced with more complex and hard to figure out traps and puzzles and you have to think about how to tackle each situation, while still being on your feet due to the time limits of the levels.  The game isn’t particularly difficult to newcomers to the genre, but it can get complex for those who like to dive headfirst into the game.

Music in the game is stellar.  There are multiple tracks designed to fit the tone of each level and you have the option to switch between modern and retro music to suit your own tastes.  That is a real treat that you simply don’t find in very many pixelated titles.  Hell, if for some reason you’re not enjoying the default music, you can create your own using their music editor!  All you have to do is manually type in the notes and listen to them play in the dungeon.  Be sure not to compose the song “Happy Birthday,” you don’t want to get sued! 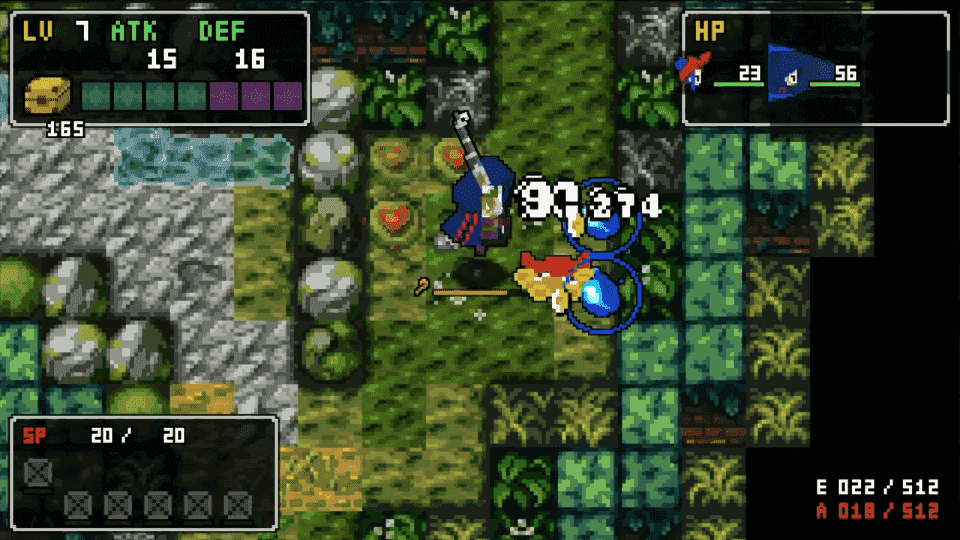 If you find yourself growing tired of dungeon-crawling, you have other options to stay occupied.  In addition to the music creator, you can create your own characters using the character creator.  Expert players may find themselves min-maxing their character by assigning him the best classes, skills, and allying him with the best party.  There is quite a bit to do in the hub world between dungeons that you don’t have to force yourself to continue grinding dungeon after dungeon, unless you wish to.

I do have a minor gripe with the game.  Once you complete a dungeon, you are sent back to the town before you are given the chance to warp back to the dungeon screen again.  I feel it would have been much more efficient to allow the player to move onto the next dungeon immediately, especially if they’re just trying to get the dungeons done quickly.