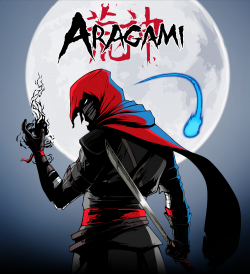 The stealth genre has been done over and over in too many interpretations to count. Few games have really been able to make the player feel like a thief, or a rogue, or whatever the main character's trade happens to be. But every so often, a game like Sly Cooper rolls in, and blends the right amount of stealth, combat, and varied gameplay so that it becomes an enveloping experience.

But ultimately, what makes a stealth game feel great? Titles like Metal Gear Solid and Thief have focused on the choice between heavy combat and tactical espionage. Aragami elects to follow a different path, one of pure, unfiltered stealth that concerns itself very little with combat. Whatever combat is left is tactically blended with the stealth aspects of the title in a way that clearly places the emphasis on the latter. The result is a fresh, focused title that knows its place and aims for stealthy perfection; but not without some hiccups along the way. 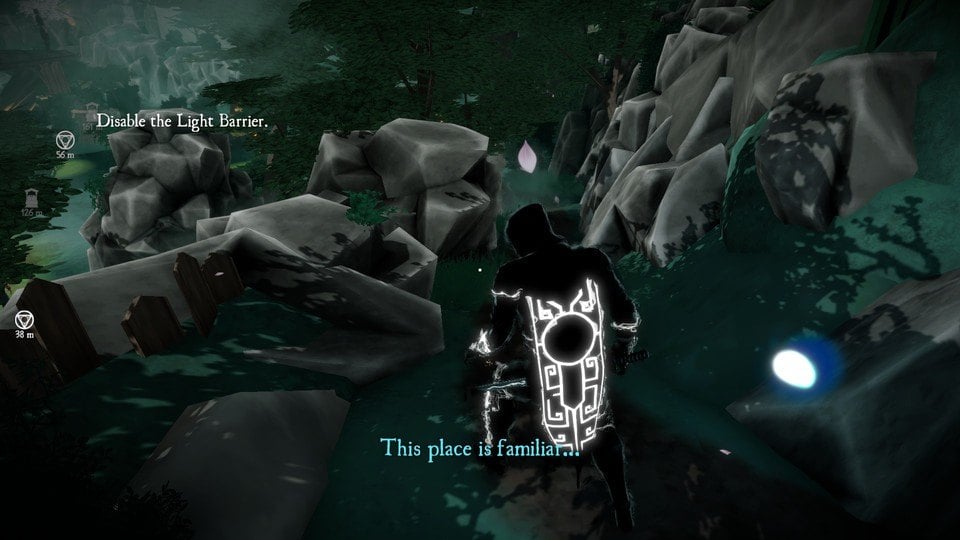 This drilling focus on pure stealth isn't for everyone. In fact, it's completely possible that a player could dislike this type of gameplay and have no fun with Aragami at all. For example, most people don't come to Metal Gear Solid just for the stealth, but rather for a bit of everything. Aragami is not this way; stealth is the name of the game, and I can't recommend it to anyone who's not a fan of the genre. Combat takes a back seat while stealth reigns supreme.

Blinded by the light

Aragami's main strength is its unique abilities and stealth mechanics. Our protagonist's main ability is the Shadow Leap; he can teleport to any nearby location concealed by a shadow. Other skills can be obtained by finding various scrolls around the map. I found all the abilities to be really unique and well-done. Each time you get one it feels like you have a whole new feature to play around with, and they're all distinct powers as opposed to simple upgrades. These abilities are controlled by Shadow Essence, a meter that depletes with ability use and regenerates while waiting in the shadows. Standing out in the light drains this bar, which is a actually a really nice effect as it encourages you to stay hidden in the shadows and makes you feel helpless in the light. 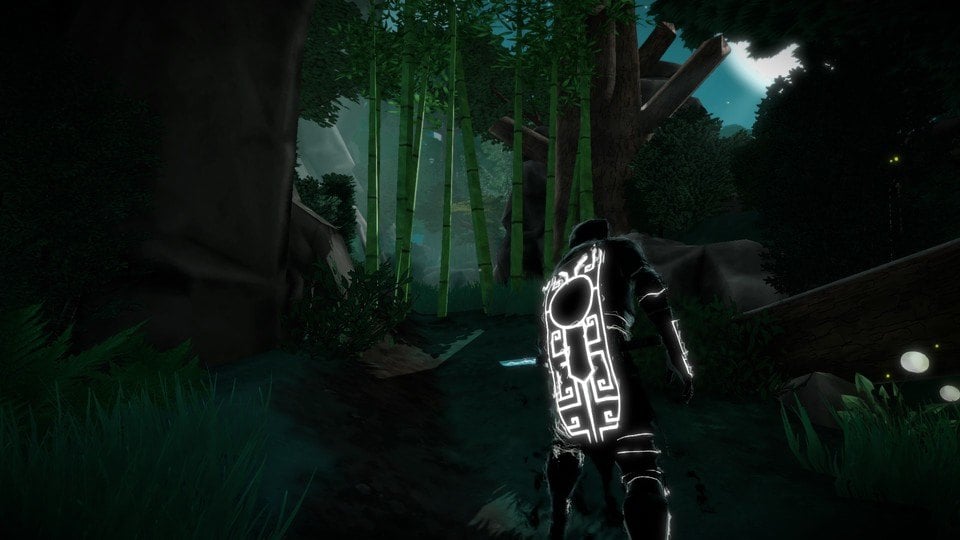 Sneaking past all the guards is no easy task. They're constantly moving, patrolling each area, and will walk closer if they see or hear anything suspicious. Wait too long in a visible spot and the alarm will be sounded, causing all the guards to go in a frenzy searching for the perpetrator. One hit from any guard and you're forced to restart from the last checkpoint. It's possible to take them out with a stealth kill, but if another guard finds the corpse then the alarm will be sounded and it will be hard to survive. Even if the search comes up empty, guards will remain much more alert after one alarm has already been sounded. It's a great concept that really makes being stealthy a mandatory part of the experience.

One thing I do have to complain about is the guard AI. While it's great at forcing you to play furtively, unfortunately it ends up too unpredictable. It's hard to tell how close is too close to stand by a guard before he decides to notice you. The precedent for how stealthy you have to be to get by is never really set and seems to change all the time randomly. Mostly the guards function correctly but sometimes you'll suffer a cheap death due to a guard pulling a 180 on you suddenly.

Aragami follows the story of an imprisoned girl who summons a shadow creature known as an Aragami to rescue her from an imperial jail. The Aragami will be destroyed by any touch of natural light, so he has to complete this mission before the sun comes up the next day. The object is to find several talismans around heavily guarded areas; their magical power will be enough to free her from her prison of light.

Visually, Aragami is absolutely stunning. The cel-shaded art style is masterfully done and really fits in with the theme of light and shadow. Though some animations are a little less fluid than they probably should be, I had very little complaint with the overarching atmosphere of the presentation. Frankly I was stunned at the ability of an indie game running on Unity engine to present itself so well graphically. It's rare to find such a focused, fitting style in a game like this. 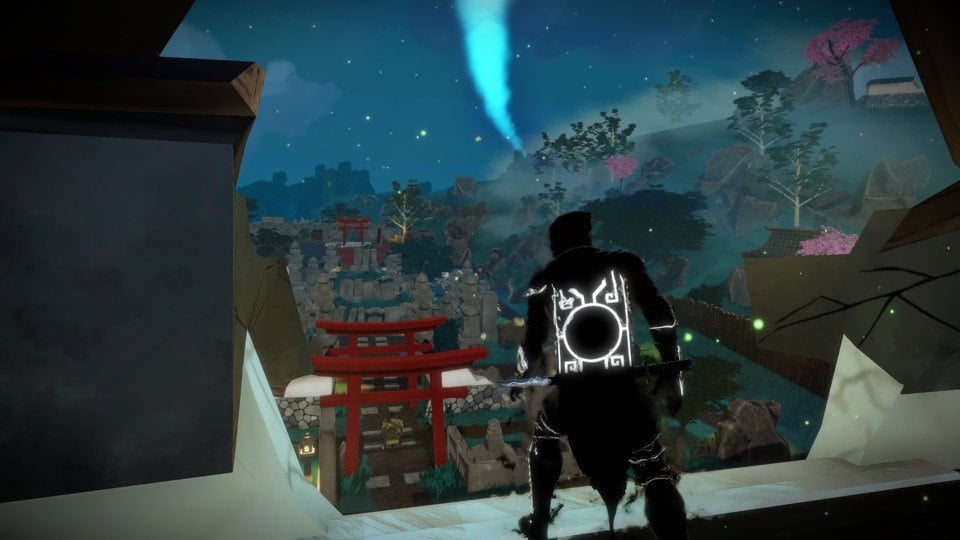 Audio-wise, the game has a pretty small soundtrack, but it fits well with the overall Japanese art style. All audio is in Japanese with English subtitles, giving the title a much more overall convincing and enveloping atmosphere. It all comes together to create a very intimate and absorbing atmosphere which is extremely impressive for an indie title. There are, however, several performance issues, including the occasional frame drop, but overall they're not enough to bring down the presentation much.

What We Liked ...
What We Didn't Like ...
8
Gameplay
Impressively, Aragami focuses on stealth and refuses to bow to combat as its main focus. The result is a refined experience that remains fun despite having the same core concept throughout the title. There are, however, small AI issues which bring the gameplay down.
9
Presentation
The beautiful graphics alone are enough to convince anyone that a lot of passion and heart went into the making of Aragami. Each detail of the presentation is polished and the result is stunning.
7
Lasting Appeal
There are various collectibles and ranks to collect on every mission, however the main game itself is a little short. There are rewards for going about missions in specific ways which help bring some replayability.
8
out of 10

Aragami combines the tried-and-true concept of stealth, makes it its focus, and delivers. With beautiful presentation and unique, concentrated gameplay, Aragami sets a new standard for indies. Despite minor flaws in the AI and performance, Aragami is an experience not to be missed.
Reactions: VinsCool, Jiehfeng, Chary and 1 other person
Share:
Facebook Twitter Reddit Pinterest Tumblr WhatsApp Email Share Link
Cool!
So... basically a Tenchu with dark magic or something like?

Basically.
Sounds pretty neat for $18 on Steam.
I'm not the only one who thought the guy on the cover looked like Mulan's dad, right?
Reactions: endoverend

@ KenniesNewName: Mthr is still trying to figure out where power buttons are 2 minutes ago
Chat 5