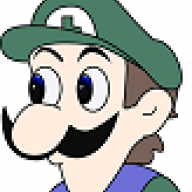 Got a wii u 2 month ago and i'm worried.
I buyed some virtual console game on my old wii before i hacked it and now i installed some wad.
If i do the transfert thing between the wii and the wii u what are gonna be transfered?
The oficial game? the wad game ? Can it brick my wii u ?
I dont really want to unhack my wii before doing the transfert and if i remove the wad are it gonna be enough ?
So, if some one you did it i would like to know if there is any risk or if it will be fine.

( sorry for the bad english, its not my first language )

Don't worry, homebrew and wads on your Wii won't cause bricks/bans on your vwii when you trransfer.

Wads don't get deleted or transfered, What transfers over are your purchases. They're wiped from your old Wii and placed on your vwii. You can't re-download them on your old Wii, as the purchase history is also transferred to your vwii.

The transfer will also include saves and miis, but won't touch any wads or homebrew channels you've installed. Basically, it just looks at your eshop history and transfers it and the games you've downloaded from it.

If you want to keep those games, saves, and miis on your old Wii as well, You can dump your nand from you Wii, do the transfer, then restore your nand. This will restore everything on your Wii to the way it was. Minus your eshop history.

i buyed game on the Vwii shop too . ( not really buyed , got them from the club nintendo reward )
will the tranfert overwrite my purchase history or it will put them together ?

coolm3n said:
i buyed game on the Vwii shop too . ( not really buyed , got them from the club nintendo reward )
will the tranfert overwrite my purchase history or it will put them together ?
Click to expand...

The stuff on your vwii shouldn't be erased, only added to. If you have the same thing twice (something on the vwii that you already have on your wii), then the wii will overwrite it. But the process should otherwise not touch items that are already on your vwii.

i downloaded the last shopping channel by Nus dowloader and installer the ios 62 use to the tranfert channel but when i try to open the shop i get a blue screen and error 002.

i downloaded the last shopping channel by Nus dowloader and installer the ios 62 use to the tranfert channel but when i try to open the shop i get a blue screen and error 002.
Click to expand...


Why would you want to keep your wii not updated? But yes, you have to be at the latest version in order to use the transfer channel, as far as I know.

Remember, the transfer includes your wii shop history, which means that after you transfer to your vwii, you can download previously purchased items using the eshop on your vwii. You won't be able to re-download them on your old Wii, however.

Both the Wii and the Wii u will require online access and access to the shop channel in order to transfer.

If you can, then you're good to go. If you can't, then you'll have to update your cIOS in order for it to work. If you find you have to update, then use ModMii. ModMii takes out all the guesswork, auto-generates a guide based on your inputs and auto-downloads all the cIOS that you need. Since your wii is already hacked, it's just like installing wads. Extremely straight forward.
S

You have Boot Mii don't you? The latest update is really small, and doesn't hurt your hack. Anyways, you can restore it with Boot Mii afterwards.

Nintendo Wii U Yesterday at 12:15 AM
Fingi
F
F
Hacking Out of region Wii Ware and Wii U Games

@ kenenthk: You wouldn't like my veggie 4 minutes ago
Chat 4