Homebrew [Wii U] Reteroarch not loading when booting a rom 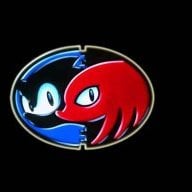 Ok. So, I decided to get retroarch on my wii u. I successfully install it, put it in my sd card, add roms, then launch it via homebrew launcher. It failed even though I didn't use the nightly builds. Anyway, I decided to install a retroarch forwader, which happened to et me into the emulator. The, I made some settings changes, made a playlist, decided to load a genesis hack and it didn't load. I hanged in the menu for 3 seconds, then went completely black screen. I chose a different rom after hard resetting my console and it would not load at all, even after I left it on the screen for 5 minutes. So, can anyone help a noob out?

@ SONIC122: you:struggling with a loose mental your apple watch: A moment ago
Chat 2