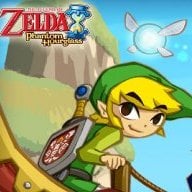 now that the wii storage solution is out do you think they'll make a demo channel?

no, do you really think you want to download more than 128 mb over that slow wifi? and why a demo channel if you can play games from hdd?
I

ddp127 said:
no, do you really think you want to download more than 128 mb over that slow wifi? and why a demo channel if you can play games from hdd?
Click to expand...

Why a demo channel? For folks who a) haven't hacked their Wii, and b) would like a legitimate way to try games before buying them without having to rent. Obviously, a demo channel would be virtually useless to pirates, but for honest people out there who actually want to support developers it would be great. Not to mention the fact that the VAST majority (I'd guess at least 95%) of Wii owners will never alter their systems (or even know how, or that they can for that matter).

The (lack of) Wifi speed combined with the still quite limited storage will probably prevent a Wii demo channel from ever existing, however.

The main issue is that even if it was possible to get the demo onto the sd card, it has to get transfered back to the nand to play so you would be limited sererley as to how much you could download.

Nintendo Wii Thursday at 12:34 AM
RunningSnakes

Nintendo Wii Today at 6:21 AM
MexicanPB