Hardware What does it mean when you can't turn on your gamepad and the orange charging light is on? 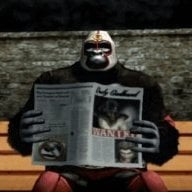 Last night I had my gamepad hooked up to the charger for a while, not very long charged, and when I unplugged it and tried to turn it on, I noticed it wouldn't respond to me holding down the power button, or pressing any of the buttons, and that the orange light it shows when it's hooked up to the charger was still on. It also wasn't affected when I turned on the Wii U manually. I was thinking about taking out the battery and seeing if that made a difference, like when I've had that problem with a laptop that wouldn't turn off, but I wasn't sure if I had a screwdriver that would open it and I was a little reluctant to mess around with it since I don't know how complicated the gamepad's battery is, and I decided I'd rather just wait until the gamepad's battery eventually runs out, since it seems to have a pretty terrible charge time. But more than 12 hours later, it still has the orange light on, I guess the little light being on isn't using much of the power. The worst part about this is I can't even play stuff with my cheap 3rd party Wiimote, because it says I need to use the gamepad to open up Homebrew (or at least the forwarder cfw which I have as the default when clicking on the Haxchi icon).

I couldn't find anything online about someone having a problem like this, is there a simple solution or is my gamepad screwed for some reason?
Last edited by robco7, Aug 3, 2019

Update: After checking throughout the day, the orange light eventually turned off sometime yesterday, and I found I was able to turn it on again. But for some reason the right half of the gamepad's screen was messed up, like it had taken some kind of physical damage, even though I'm always very careful to keep the gamepad covered when not in use and I make sure to never drop it or cause any sort of harm to it. But when I tried it out again this morning, I found that it was back to normal. So I don't know what any of this means, like what could have caused the right half of the screen to look like a computer monitor or flatscreen tv when something bashes into it?

That is odd, but electronics can mess up for no reason what so ever without you doing anything. That goes for tvs phones controllers consoles gamepads. Most of it is made in China.

This isn't even the only problem I've had with my console where I found no one else mentioning it online. There have been at least a few times where I turned on the console and found the TV screen had this weird yellow tint in the white spaces of the dashboard, but there was nothing there on the gamepad screen. Stuff like this makes me wonder if I'm so incompetent with electronics that I'm discovering new bugs that no one's ever even heard of, or if it has something to do with buying a refurbished console.

It was from Nintendo so you'd expect a certain level of quality, but the buttons on the controller were kind of loose and noisily jiggle around when you press them. Plus I've never been able to get it online in my apartment, and the person I called at Nintendo didn't have an answer beyond having me screw around with the modem settings to see if something different happened. I probably would've returned it, but I was able to go online at my friend's place in order to mod it, and I had no interest in playing games online. So yeah, there have been several weird issues with this thing since I got it. I would expect some when you're modding it, but none of the problems I've had are talked about anywhere.

Gamepad's light blinks and turn off when battery is connected

K
I have to resync gamepad everytime

gamepad light fades from blue when attempted to be turned on