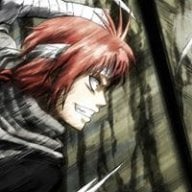 So, after injecting a custom video, I've encountered 1 problem.
That problem is, whenever I launch the app a second time, it crashes, and it takes forever to reboot.
The first launch works flawlessly. On the second launch however, it crashes.
If I installed 2 videos. I launch 1 video, after that, I launch the other. The first video I launch works fine, the second video, however, crashes, and takes forever to reboot. When I reboot it, everything works normally again.

Does anyone know what's causing that?

Is it normal that sometime i launch homebrew apps it gives me the arm11 error screen?

A problem with playing a DS game on 3DS

Red unknown titles on FBI (what are these?)