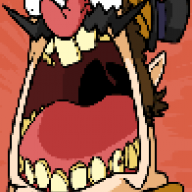 So i have been out of the backuploader scene for awhile or rather since the release of USBloader GX.

But when i try and play the 400mb Fixed for USBloader version of The New Super Mario Bros Wii i get a green or black screen depending on if i force NTSC or PAL.

Where do i go from here? 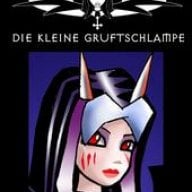 Hm, I tried to play it today for the second time (first time went flawless), but I only got a black screen.

Not another problem, please ...

you shouldn't be installing a newer wad, unless you're talking about the forwarder.

just start from scratch. delete usb loader and its configs, get the newest one, and go from there.

I use USBLoader Gx and all I am using is Force NTSC. I'm using that 0.37 Gb fix too. Are you using the .ciso file or the .wbfs one?

sweenish said:
you shouldn't be installing a newer wad, unless you're talking about the forwarder.

just start from scratch. delete usb loader and its configs, get the newest one, and go from there.
Click to expand...

Thats the problem i can't install a newer USB loader i just keep getting RET errors.

GameSoul said:
I use USBLoader Gx and all I am using is Force NTSC. I'm using that 0.37 Gb fix too. Are you using the .ciso file or the .wbfs one?
Click to expand...

The .wbfs one i think

Bump again but since it seems like no one knows i will stop bumping after this.

As far as I can tell, noone has this completely figured out yet. Some people have it working fine, but I'm finding that people with older early-generation Wiis can't run the patched version at all. Mine is a first gen Wii and I can manage to get a copy ripped straight from a disk running, of course with the obvious eventual error dumping me out of the game, but if i patch the main.dol (raw hex for ntsc, before you ask), all I get is a black screen. I get the same thing when I go to the newest revision of USB Loader GX which has the patch incorporated (I had been using r815 before). And I can't run the game at all in either state when I roll back to cIOS r14, which means r15 is the only way I've gotten any result so far. There's got to be some substantial difference in the way the older chipsets handle image loading.

From your post, it looks your issue is the same that myself and select others are experiencing. We could probably fix it simply with a different type of patch for older chipsets, but I'm at a loss as my attempts thus far have been unproductive and I haven't found anyone who has had any more luck with the same issue. Generally, I just get crap from morons who assume it's not working because I don't know what I'm doing, which is bullshit. If I get anywhere, I'll post here.

Does anybody else have experience with older Wii units?

My usbloader gx is displaying the games already on my wii and not the games I have on my drive.