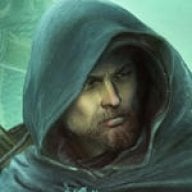 Hi guys,
I want some advice on what may have happening here.
I have 2 external HDD (1 i use on Vwii and movies with my TV, and the 2nd one is on my kids wii).
Both are identical: Samsung M3 portable usb 3.0 1TB (same model code etc...)

Lets say drive A: (my vWii and movies drive, on NTFS partition) i bought myself for this purpose.
And i have 2 kids, a 4 and 8 years old. They started to play a lot on my Wii U, so i ended up buying a softmod Wii for then because they messed my discs (MK8 and Lego Marvel dont work anymore sucks), and by mere coincidence it came with the same model 1TB external hdd.

The thing is... on the Drive B (pure wii with a NTFS partition),
It takes like 4 to 20s on "initializing usb device " and sometimes it doesnt even initialize at all and only load the channels (although the hdd led is on, and hdd is spinning).
I tried with the original cable, Y cable, the result is the same.

Then i just tried my drive A (vwii, movies), and it loaded blazing fast, not even 1s on the "initialize device" msg.
I tried a lot of stuff already: wbfs partition, fat/fat32 partition. Results are the same.
The games run normally but its for the kids and when it fails to initialize and load the channels you need to go back to wii menu and start usbloader gx again, then go and mark to show wii games again, i even taugh how to do that to my older one, but its a bit harsh on the little one.
Also it bugs me, cause the 2 HDD are the same model. But 1 loads faster and the 2nd doesnt. Its weird.
I did checkdisk on windows, defrag, etc.. the drive is ok.
Tested both on windows the speed on write/read are virtually the same.
Theres only 2 things i can think of it, but 1 doesnt make much sense.

1: theres some diff in the partition (the drive A is the original partition it came with, never changed)
drive B had a wbfs partition from the older owner, i changed to fat using wbfs2fat to not lose the games, then i moved all content over to a bckp and tried changing to ntfs, still slow, so idk. Any clue on this?

2: Amount of games affects the "initialize device time" at all?
It doesnt make much sense but idk what to think anymore.
actually the Drive A is totally full (80 games + loads of videos and pictures)
Drive B have like 180 games +- 400gb used only.

Is there anything else i can try with this HDD to try to speed this initializing and prevent not being detected?
I'm using usb loader gx latest revision, d2xbeta53alt, 249/56 for loader and games.
I have 250/57 also, (tried changing the loader's ios, usb port, result still the same).
And the fact that the other HDD with same model and all, loads reallly fast make me think is nothing related to the loader but rather on the hdd or the partition. Any help will be welcome.
Sry for the long post.