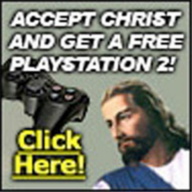 TL;DR usb2:/ screws up everything in USB Loader pls fix

Hey ya'll,
Been using this website for a long time now, but just realized I never actually made an account until now.
I mention this because I've been hacking Wii's and selling them for years (I have 12 consoles in my closet as I type this). I've been doing this a long time, been through a large number of issues, fixes and sleepless nights trying to troubleshoot these white plastic boxes. (I'm basically saying don't doubt my knowledge around a Nintendo Wii, despite this being my first post)

I've searched far wide high and low for an answer to this problem. But alas, I have run into an issue that no amount of thread searching has yet to remedy.

Some background:
A little while ago I wanted to upgrade my little 320gb 2.5in WD HDD to a bigger drive. I found a desktop size (3.5in) HDD and an enclosure, hooked it all up and was ready to get going like nothing ever changed. Boy howdy was I wrong.

When I booted up USB Loader GX again, I noticed my Gamecube games were missing. I went to investigate the "custom paths" setting and I found it was pointing to "usb1:/games". This is setting it's always been on my other drive, so I was confused as to why my Gamecube games were not appearing.
I clicked the setting to change it and I saw a button in the bottom middle of the screen labeled "usb2:/"

Before attaching this desktop hdd + enclosure to my Wii, I had never seen "usb2:/" appear ever before.

Nevertheless, I thought not much of it and changed the games path from "usb1:/games" to "usb2:/games"
This is where the problems began, and also where the issues become very inconsistent.

I don't remember what order any of these issues happened in, because they have appeared sporadically throughout the last number of months of me trying to make this stuff work.
Friends, rest assured that I have done EVERYTHING to try and retrace my steps, troubleshoot, work backwards and try to figure out what the hell is going on with this "usb2:/" stuff, but I am at a loss. I've reinstalled USB Loader and Nintendont, I've tried MANY different drives (including other 2.5 inch drives that don't need extra power ((because I thought that might be a culprit))) different SD cards, updated, reset settings, tried different consoles, SATA to USB cables, everything.

The Culprit:
I believe the source of the issue is simply that "usb2:/" messes around with USB Loader in ways that are not always equally or obviously apparent.

The Solution?
I don't have the power or knowledge about WHY drives randomly get mounted as "usb2:/" instead of "usb1:/", but I believe if all drives mount as "usb1:/" then all the issues I've been having should go away.

So that's my theory, and all I want is a way to "force" usb1:/ so that everything just works

Thanks for reading
T

What is the your partition table format, GPT or MBR?
What are the partition types of USB1, USB2 (Fat32/NTFS...)
What is the version of your USBLoadergx? Earlier versions had a problem with GPT with more than one partitions, I think r1273 fixed it.
If your drive is MBR and extra partitions randomly show up, then it is your drive's problem
Reactions: Alexander1970 and ToastyBunBun

tswntk said:
What is the your partition table format, GPT or MBR?
What are the partition types of USB1, USB2 (Fat32/NTFS...)
What is the version of your USBLoadergx? Earlier versions had a problem with GPT with more than one partitions, I think r1273 fixed it.
If your drive is MBR and extra partitions randomly show up, then it is your drive's problem
Click to expand...

A god among men. This is the only thing I didn't try and it worked. And it makes sense