Homebrew Tried getting everything to work but just ended up confused. Just need some questions answered. 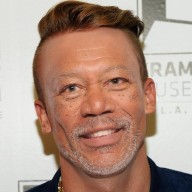 I tried soft modding but got lost. From looking at a lot of different guides to just generally rushing it to be done and play some games, I have no idea what I did. I deleted and uninstalled everything I could and down below is a list of things I did on my first try. You don't have to read it to help me, just wanted it there. Skip to TL;DR to get to the reason I am posting. The in between is just there.

Now, I have to say that I spent a lot of times looking up various things such as where to save exact thing as sometimes a guide wouldn't have the exact location and just "copy to SD car" or the like. Maybe if I had followed one single guide I'd have been OK but I was just so excited to get it all to work that it got the better of me.

So today, I came home and went about to erasing whatever I did and get some real help.

Some things that prevented me from trying it again. Mostly just finding about NAND emulation and wanting to know the difference.

Most importantly, how do I install all the IOSs I need? When do I install them? Is d2x-cios-installer, d2x-v10-beta52, and MMM all I need? Do I need to SysCheck before or after I use d2x-cios-installer? Do I install whatever ModMii gives me before or after? I think this was the biggest confusion for me. Does it make a difference if I use ios56-5662 instead of 5661 and ios57-5919 instead of 5918 like this tutorial said?

If anyone cares to explain/help/baby me through this, I'd be very grateful. I'm sure there are others out there like me. Or not, I could just be an idiot.

I did use it but most likely not correctly. If I were to use it now, having install Hombrew Channel on the Wii as well as PriiLoader and BootMii into Boot2, what would happen? How could I run it on a USB, NANDemulation? Lastly, if I can just install everything to a USB and leave the Wii alone, could I keep certain apps such as Nes, Snes, N64, Nintendont and GB/C/A launchers on a micro-SD and USB Loader on the USB? What about installing all the IOSs? Will they all install to the NAND on the USB? If ModMii does create NAND emulation, how do I run it when I start the Wii? Like, not launch Homebrew that's on the Wii or go to System Menu but launch the "fake" Wii on the USB. Should I uninstall THC and BootMii from Boot2 if I stick to the USB?

I may be jumping the gun here but I just need these questions answered before I do anything. The Wii is my friend's so I want to protect it as much as possible.

I don't use most of that stuff with my Wii, so maybe I shouldn't comment here. Too me it seems that you are trying to do too many things at the same time. I hate to change the direction of any guide you are following, and I don't feel like writing a guide here. Once you have used the hackmii installer (installed hbc and bootmii), then install priiloader. Now you are set to run some homebrew. Certian homebrew requires a cIOS, so install that next. After you get all the homebrew and backup launchers working then you can play around with autoboot and nand emulation.

A warning though, don't delete things from the nand if you don't know what you are doing, you can brick your wii. You can install something over top of what you have already installed, it will overwrite it.