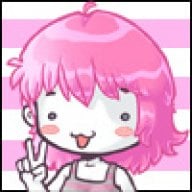 Like the description says, I'm not asking for someone to translate games for me or anything, rather I'd like to translate some games together with some friends myself.

Otome Eroges to be excact. That are 18+ visual novel style games aimed at girls (meaning you play a girl wooing guys.)

I'd also be interested in doing games for guys, but anyways, the problem here is, that we have no one who is capable of hacking the games, extracting the text and inserting the translation.

So I've been wondering if maybe there is someone here who would like to help out and is skilled with PC game hacking.

So, if anyone's interested, pm me or reply here and I'll provide some more info on the games we'd like to translate!

So, there's really no one interested who knows how to hack pc games? :/

deanxxczx said:
I just search google, and a number of sites say that there is no way of doing it.
Click to expand...

It depends on the games, I guess. There's a few translation teams that are translating such games, Sengoku Rance for example. There's also a group that's translating an All-Ages Dating-Sim for Girls (Vampire Princess), but that group's kinda dead.

So there are possibilites, but I guess not many ppl willing to spend their time with such stuff.. especially not if it's girl games.. XD

I would throw my hat into the ring (I tend to be about the challenge rather the result) but PC games bring a whole different line of thought and toolsets to the consoles, I should not imagine it will be locked down or otherwise compressed or obscured that much but some games are. As has been hinted few people really go in for PC game translation from a hacker side of things (devs will tend to release an editor, some source code, SDK or have the text in plain files at some point) and even if they do it will not be anywhere near as in depth as the hacks you see on consoles (there was a project to improve one of the knights of the old republic games a while back, having a look and comparing it to consoles the techniques and self imposed limits of the project were truly basic).

Still
open files viewer (can be used to see what files are loaded and what process they are tied to, meant for problem solving really but for reverse engineering it is great):
http://www.nirsoft.net/utils/opened_files_view.html
Poke around the site as well, used properly many of those tools are amazing hacking tools.

HXD or X ways forensics (ram viewer and editor, can be tied to a given process too):
http://mh-nexus.de/en/hxd/
http://www.x-ways.net/forensics/index-m.html

Following this we are rapidly heading into the realms of "proper" reverse engineering, decompilers for most languages exist (looking at many recent games I see many scripting languages which is nice for you) at varying levels of quality and file format specific stuff (be it game: http://wiki.xentax.com/index.php/Game_File_Format_Central or regular DLL viewer: http://www.ucware.com/apev/index.htm ) but you are rapidly heading into assembly territory.
Trouble is by the time you get here you are likely to find yourself with guides/tools aimed at defeating copy protection or up against the copy protection itself and neither are going to help you a great deal.

Where your text will be, same idea as the consoles and DS in that it could be in a file or could be in the binary. After this you have slight tweaks on the consoles tools in terms of text viewers and editors (most games will use windows apis to display text so it could well be shiftJIS or something nice).

I'm sure those are really useful links you posted there, FAST, at least for people who really understand what you're talking about. I'm surely not one of those ppl with much understanding for hacking or programming related stuff in general.

...I'm not too sure if I really got what you're trying to say either, pc game hacking is too simple for console hackers wanting to do it?

I do have some knowledge about PC game hacking... and I also have some otome-ero games lying around the PC

add me to the list of people that would love to help. But first which game(s) specific? (so I can get a copy and look for myself).

D
Can anyone help me and a friend make a fan translation of the ds game "Milon to Hoshizora Shabon: Puzzle no Kumiyoku"?