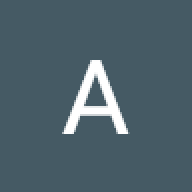 I have an old Switch with atmosphere that might have died, won't turn on, the screen is black. Only sign of life is when I connect to pc, it does make a sound when I a device is plugged in. I will try to inject hatake, maybe I will get it to work, it is a unpached switch.
I just recently updated atmosphere(at least I think I did) just to be ready to update the firmware to 14.1.1 version at some point. Or I update only aio updater not sure. I use aio-switch updater, which is awesome to update atmosphere, hatake, OS and sigpatches. In the past I usually update aio updater, then atmosphere then hatake and last step OS. Just to be sure.
I messed around with tinfoil, as did not connect to the shops anymore. I decided to update to the 14 version, as I was running 13. Because I boot from EmuNAND to get the NRO file to switch I turned it off, ejected the microSD. Otherwise atmosphare would crash so I though it would be the more senible thing to do. But, after plugging it back in, the screen stays black when I try to turn the console on.

Now to the topic of this post. I'm curios. I have another unpached switch. If I backup the data from the MicroSD, format and reinstall emuNAND on the other switch. Can I transfer games and save files to the new switch by copying the Nintendo folder or can I restore it someway else? I did find information that you cant just transfer the emuNAND to new switch(plug in the microSD), as keys per console are unique, but I dont know if games and saves are affected.

The injecting seems to have done the trick, although the battery is almost dead. Weird, it was connected for multiple days, and only been offline in the past few days. Maybe RCM drained the battery.
Although I'm still curious whether I can transfer all the EmuNand nintendo folder content to the new emunand folder on a new MicroSD card.

is there a way to transfer save data from my non cfw switch to my banned cfw switch?